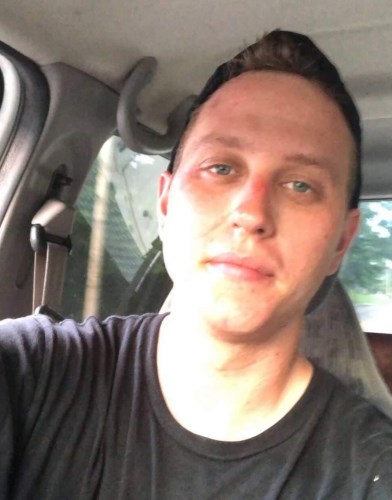 Born on September 14, 1994, in Baltimore, MD, he was the son of Charles Franklin Cartee, Jr. and wife Annetta of Thurmont and Karry Ann (Hippler) Turgeon and husband Chris of Thurmont.

Tyler enjoyed to snowboard, skate board, hunting and fishing. He loved spending time with his friends and family.

He was preceded in death by his grandfather, Tom Heck, grandfather, Wayne Turgeon and grandmother, Esther Pond.

A celebration of Tyler's life journey will take place at a later date.

Expressions of sympathy may be offered to the family at StaufferFuneralHome.com.

Published by The Frederick News-Post from Aug. 10 to Aug. 11, 2020.
To plant trees in memory, please visit the Sympathy Store.
MEMORIAL EVENTS
To offer your sympathy during this difficult time, you can now have memorial trees planted in a National Forest in memory of your loved one.
MAKE A DONATION
MEMORIES & CONDOLENCES
8 Entries
I first met Tyler from school, he was such a sweetheart. You will definitely be missed! I'll always remember the good times!
In loving memory of a wonderful person. We will love you and miss you always. May God bless you and your family in this time of sorrow.

Kristin Fogle.
Kristin
Friend
August 14, 2020
Sister Esther, Laura and Lorn, sending prayers of special memories that will heal the pain during this sad time but knowing he is actually free, and is in the arms of Jesus now. My sincere condolences too a beautiful family, The Cartee Family. Miss you all back at Trinity Church of God, Brunswick Md
Vicki Wilson
Acquaintance
August 14, 2020
Got to know Tyler through working at barricks he was a good guy didn't know him long but he had a good head on his shoulders just sad to hear about this he will be missed dearly my prayers go out to the family go rest in peace now Tyler you deserve it
Frank hahn
Friend
August 11, 2020
Grief can be so hard, but our special memories help us cope. Remembering you and your loved one today and always. I met this young man Had no idea it was your son Charlie.
Clarence Duckett
Coworker
August 11, 2020
I am so sorry for your loss may God bless you and your family
Arnold Harris
Friend
August 11, 2020
What a Beautiful heart. Always had his friends smiling an laughing. Gonna miss ya buddy. Still think about the good ol days at CTC. Praying for your Family.

Tim Nash
Friend
August 11, 2020
Uncle Ron and I are so saddened by the loss of your precious son. Words can’t ease your pain, but your family will be a source of strength. Lean on each other for comfort and hope. May you all be blessed with strength during this time of profound sorrow. We love you all.
Cindy Lavoie
Family
August 10, 2020
Prayers being lifted up for the family at this most tragic time
Kelly Wastler
Acquaintance
August 10, 2020
Showing 1 - 8 of 8 results