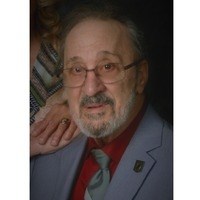 He fulfilled his lifetime dream and moved to Lake Wateree following his retirement. While living at the lake, SFC Clower enjoyed spending time on his boat and fishing. He loved NASCAR and collected Dale Earnhardt memorabilia. SFC Clower was a Mason and member of Shallotte, NC, Masonic Lodge #727, the Scottish Rite body, as well as the Jamil Temple, where he was the director of the Jamil Jokers and former director of the Jamil Truckers.

The family will receive friends from 5 until 7 o'clock Tuesday at the funeral home.

For those unable to attend, a livestream of the funeral service will be available by visiting his tribute page at ShivesFuneralHome.com. Everyone is invited to attend but will be asked to abide by the state's recommendations of wearing masks and social distancing to provide a safe environment for all.

Memories and condolences may be shared at ShivesFuneralHome.com.