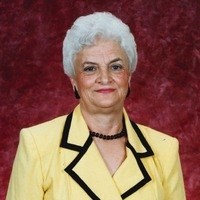 Mildred I. Rollins, 87, entrepreneur, of King George County, died Thursday, November 18, 2021, at her residence with her daughter by her side.

Born in Westmoreland County on Monday, May 14, 1934 to the late Louis and Minnie Pitts Inscoe, as a child Mildred was a member of Grace United Methodist Church in Rollins Fork and later as an adult she was a Trustee. She was a current member of Shiloh Baptist Church in King George and served on many committees, being the first woman to serve on the cemetery committee and building committee. Her dedication as Debt Reduction Leader at Shiloh resulted in the building debit being paid off in less than two years. She was also a WMU Director. Mildred was a member of the KG Ruritan Club, being the first woman to serve as President. She was known for her extensive volunteer work in the community. Mildred was also listed in the 2003-04 National Register "Who's Who" in Executive and Professionals.

In addition to her parents, Mildred was preceded in death by her husband Dale and sons Robert and Rodney.

The family will receive friends from 3-5pm and 6-8pm on Tuesday, November 23 at Storke Funeral Home, King George Chapel. The funeral service will be at 2pm on Wednesday, November 24 at Shiloh Baptist Church in King George with Randy Allensworth officiating. Burial will follow at Historyland Memorial Park. In lieu of flowers, memorial contributions may be made to Shiloh Baptist Church, 13457 Kings Highway, King George, VA, 22485 or Grace Cemetery Fund, PO Box 608, Colonial Beach, VA 22443. Online condolences may be left for the family at www.storkefuneralhome.com