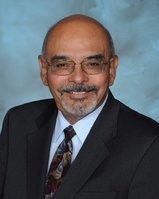 Robert David Flores, 72 of Stafford passed away at Mary Washington Hospital on Friday, May 7, 2021.

Aside from his family, Robert's greatest devotion was to the United States Marine Corps. He retired as a Master Gunnery Sergeant serving as a Combat Photographer and Digital Media Specialist for 30 years. After graduating high school, he reported to MCRD San Diego. After completing boot camp and Sea School, he reported to the USS Kearsarge (CVN-33) where he deployed to the Gulf of Tonkin, Vietnam. Other overseas duties included Grenada, Okinawa and mainland Japan. His stateside duties included Camp Pendleton, served as a DINFOS instructor at Ft. Harrison, Indiana, and as an Audiovisual Chief at Quantico, VA but his favorite duty station was Camp H. M. Smith, Hawaii. He continued his love of photography and digital media to serve 20 years as a government employee at Defense Information Systems Agency (DISA), as a Lead Multimedia Specialist.

He was dearly loved and will be sorely missed by his family. He is survived by his loving wife of 52 years, Barbara; daughter, Lisa Clark, and husband Brad; son, Anthony Flores, and wife Erica; grandchildren Christian and Adam Clark, Iszabella and Ariyanna Flores; and brother Albert Flores and extended family.

He was preceded in death by his parents, David and Louisa Flores, and a sister, Mary.

A private family service will be held.

In lieu of flowers memorials may be made in his name to Marine Corps Heritage Foundation at https://www.marineheritage.org/makedonation.html

Online condolences may be sent at www.mullinsthompsonstafford.com.
To plant trees in memory, please visit our Sympathy Store.
Published by The Free Lance - Star on May 16, 2021.
MEMORIAL EVENTS
No memorial events are currently scheduled.
To offer your sympathy during this difficult time, you can now have memorial trees planted in a National Forest in memory of your loved one.
Funeral services provided by:
Mullins & Thompson Funeral Service
MAKE A DONATION
MEMORIES & CONDOLENCES
Sponsored by Mullins & Thompson Funeral Service.
6 Entries
Til Valhalla, Top. Semper Fi.
Michael Bess
Military
May 19, 2021
On behalf of the first command family and myself, I want to offer my deepest condolences to you and your family. Bob was an amazing man, veteran, husband, and father. We are honored to have met him and will miss him dearly. God bless you all in this difficult time. We are praying for you all. God bless, Jessica
Jessica Shaulis and First Command
May 18, 2021
Wish we could have made more memories with you and Bob. Just too many miles between. Blessings to you and family.
Mr&Mrs Paul Roy
May 16, 2021
My Dear Friend and Brother Marine. You will be sorely missed. You were my Mentor during my early years as a Junior NCO. I am forever grateful. Report to God for your next Duty. Guarding the Gates of Heaven. Semper Fi.
Jason Fabrao
May 16, 2021
My dear cousin Bobby....you will be sorely missed by all your loved ones I will always remember you.
Lillian Moses
May 16, 2021
Prayers for you and your family!
Elaine Marsh
Coworker
May 16, 2021
Showing 1 - 6 of 6 results