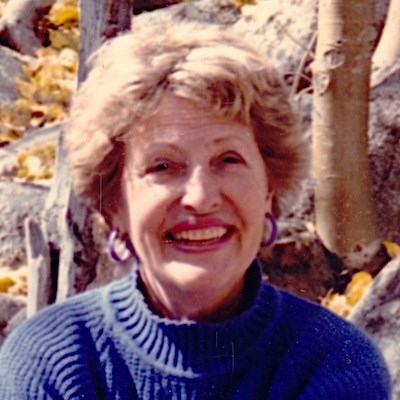 Savannah - Our beloved mom, and matriarch of the extended Smith family, died just the way she wanted: peacefully in her sleep on April 24th. A long-time resident of Dearborn, she had recently moved to be near her daughter in Savannah, Georgia.

Jean was born on August 31, 1926 and raised in Chicago. She earned a social work degree from Michigan State University where she met educator Wallace Smith, to whom she was married for 70 years until his death in September 2018. She was a devoted homemaker. As her children entered school, she pursued certification and served as a substitute teacher.

She was an active member of AAUW, and a voracious reader. Jean's competitive spirit came forth while playing tennis and bridge. Jean and Wally passed on to their children a love of traveling camping all over the U.S., including many National Parks. Later, the kids and grandkids loved visiting them as they wintered in Arizona. In retirement, they traveled extensively both domestically and abroad.

Jean really enjoyed dipping her toes in the water, and walking the beach with her beloved family. And there was nothing more delightful than watching another amazing sunset with her while she sipped a Scotch, and exclaimed at the beauty.

Our Mom modeled honesty, kindness, curiosity, and a love of family. Her trademark was her positive attitude which her children hope to emulate.

The family will have a private graveside service. In lieu of flowers, donations can be made to the Wallace B. Smith Family Endowed Scholarship at Henry Ford College.


Published by Detroit Free Press & The Detroit News from May 6 to May 9, 2021.
To plant trees in memory, please visit the Sympathy Store.
MEMORIAL EVENTS
To offer your sympathy during this difficult time, you can now have memorial trees planted in a National Forest in memory of your loved one.
MAKE A DONATION
MEMORIES & CONDOLENCES
1 Entry
She was always a delight to be with. A kind, generous, and enthusiastic spirit. She will be missed..... ❤
douglas marks
Grand Parent
May 6, 2021
Showing 1 - 1 of 1 results