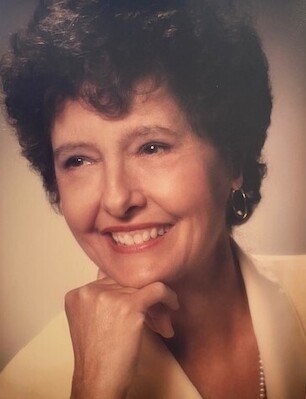 Joan L. Wolfe, trailblazing environmentalist and the first woman chair of the Michigan Department of Natural Resources Commission, died peacefully in her sleep of end stage dementia at age 91.

Joan's activism began in the mid-1960s, as a leader in the effort to ban DDT and similar pesticides. In 1968 she founded the West Michigan Environmental Action Council (WMEAC), a consortium of conservation and citizens groups with a strategic focus on enacting legislation. As WMEAC's Executive Director, she coordinated the drafting and passage of the landmark Michigan Environmental Protection Act of 1970. At Joan's behest, the law was written by University of Michigan law professor Joseph Sax. Giving citizens standing in court to sue on behalf of the environment, it became the model for similar statutes in a dozen other states, and the basis for federal and international environmental law. Both she and her husband, Willard E. Wolfe, DDS, were also key strategists in writing and lobbying for passage of Michigan's Inland Lakes and Streams Act of 1972.

In 1973 she was appointed by Governor William Milliken to the Michigan Natural Resources Commission, and later became its first woman chair. That same year she was awarded an honorary doctorate in Public Service by Western Michigan University. She later served on the first Natural Resources Trust Fund Board, the Governor's Advisory Committee on Electric Energy Alternatives, and the board of the National Audubon Society. In 1991 she authored the book Making Things Happen: How to be an Effective Volunteer. She was inducted into the Michigan Women's Hall of Fame in 1996, and the Michigan Environmental Hall of Fame in 2014.

Much to her husband's delight, Joan also reigned as Queen of Kalkaska's 2004 National Trout Festival.

Her son John is often bemused by people's feeling of helplessness around government. "As my mother showed me, all it takes to get laws passed and policies changed is a phone with a twenty-foot extension cord to let you pace back and forth, endless cups of instant coffee, and the courage and conviction to call strangers and make them your friends and allies."

The daughter of William and Mary Lou Luedders, Joan grew up in Highland Park, Detroit. She attended Hollins College in Virginia for two years, and then transferred to the University of Michigan, where she earned an undergraduate degree in economics. She married Will Wolfe in 1953, and they raised their sons Peter and John in Belmont, Michigan.

Joan was an avid and expert birder, with a special fondness for spring warblers. She frequented many favorite birding spots throughout western Michigan. She and Will, often with friends, traveled near and far on birding expeditions. They visited the seasonal bird migration funnels of the Great Lakes: Point Pelee in Ontario, and Whitefish Point in the Upper Peninsula. Later in life, they crossed the treacherous Drakes Passage to observe penguins in Antarctica, trudged the tundra of northern Alaska, and climbed into treetop observation platforms in the jungle canopy of Panama.

In addition to many joys, Joan weathered a few deep sorrows. Her younger son Peter was killed in 1984 while serving as a Peace Corps Volunteer in Guatemala. The partial dismantling of her greatest legislative achievement, the Michigan Environmental Protection Act, by a conservative majority of the Michigan Supreme Court in 2004, was a second blow.

Joan and Will retired to Frankfort, Michigan, living on Bridge Street and then at the Michigan Shores Cooperative. After her husband Will died in 2011, Joan remained active and engaged in the Frankfort area community despite considerable health challenges. She was deeply helped by her executive secretary Anne Noah and caregivers Patricia Reed, Susana Sanchez, Carol Franks, Paula Carrier, Julia Thompson, Lene Estrin, and Sherry Gilbert, as well as the compassionate staff at The Maples. Her longtime caregiver Patricia Reed was at her side when she died.

Joan is survived by her son John Wolfe and daughter-in-law Arnell Hinkle, of Berkeley, California, and Scott Houseman, a close friend of her sons who adopted Joan and Will as "second parents." She is also survived by her sister-in-law, Pat Luedders, and many treasured nieces and nephews and their children: Elizabeth and Jon Jacobs and sons Peter and William; Steve Luedders; Andrew Luedders and husband Jakub Pijewski; Christie Overgaard, son Peter and daughter Rachel; Charles and Leia Wolfe, daughter Carly and husband Brendan Lohr, and daughter Alexandra Wolfe; Elizabeth Wolfe-Brusher and Gerald Brusher, daughter Elyse and son Alex; and Thomas and Deborah Wolfe and sons Max and Jack. She is also survived by her longest childhood friend, Susan Hines, born only a few days apart, as well as a broad circle of cherished friends.

Donations in her memory may be given to the West Michigan Environmental Action Council. Jowett Family Funeral Home is handling the arrangements for the family.


Published by Detroit Free Press & The Detroit News from Jan. 27 to Jan. 31, 2021.
To plant trees in memory, please visit the Sympathy Store.
MEMORIAL EVENTS
To offer your sympathy during this difficult time, you can now have memorial trees planted in a National Forest in memory of your loved one.
Funeral services provided by:
Jowett Family Funeral Home
MAKE A DONATION
MEMORIES & CONDOLENCES
0 Entries
Be the first to post a memory or condolences.