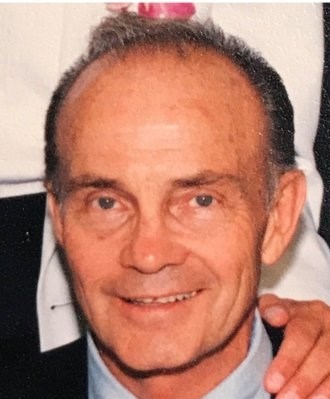 Grosse Pointe Shores - Ralph F. Woodbury, MD, age 87, passed away early Sunday, March 25, 2018 at his home in Oak Park, Michigan. Ralph was born March 29, 1930 in Detroit, Michigan to Lloyd and Jane Woodbury. Ralph weighed only 3.5 pounds at birth when premature babies were given a poor prognosis. He prevailed and at the age of eleven won a gold medal in Detroit's Inter-School Junior Olympics. At Northwestern High School, Ralph lettered in football and track, and graduated with honors. He was offered a football scholarship to Bowling Green University in Ohio and when he matriculated to study History, he became the first person in his family to attend college. In his sophomore year, he suffered a career-ending knee injury. He rebounded from that setback quite well in meeting Elaine Crough. They were married in September of 1951 as Ralph entered his senior year of college.

As a living testament to the efficacy of the rhythm method of contraception, their first child was born ten months later. To celebrate his son's birth, Ralph entered medical school. Ralph graduated from Wayne State University School of Medicine in 1956. After an internship at Bon Secours Hospital in Grosse Pointe, Michigan, Ralph went into the private practice of medicine, concentrating on family medicine. When board certification in Family Practice came along, Ralph became one of the first Board Certified Family Practitioners in the United States. He became Chairman of the Family Medicine Department at Bon Secours and Cottage Hospitals. Ralph had particular interests in allergy, the immune system, and the effect of diet and nutrition on health. With a particular love of teaching, Ralph joined the faculty at St. John Hospital's Family Medicine teaching group. In 1997, his efforts were rewarded when he was chosen "Educator of the Year" by the Michigan Family Medicine Society. Just last year, while living in a senior housing facility, he was conversing with a fellow resident when her visiting daughter said, "You're Dr. Woodbury! You delivered me and my sister! We were twins - remember?" This type of interaction happened frequently.

Ralph was a voracious reader. His innate curiosity was also expressed in travel. With Elaine as co-pilot and four children in the back seat, the family went on many camping and skiing adventures. Ralph and Elaine met at a dance studio and when they would dance together, the crowd would often stop and watch their effortless grace. Ralph also loved tennis and golf. He was forever on a quest for the 'secret' to golf. If he found it, he didn't tell anyone. As his athletic prowess waned, Ralph transferred much of his energy to music and song. He was an active member of the Grosse Pointe Senior Men's Choral Group and the American House East Choir.

A Celebration of Ralph's Life will be held at a later date. Memorial donations may be directed to the American Cancer Society.


Published by Detroit Free Press & The Detroit News on Apr. 25, 2018.
To plant trees in memory, please visit the Sympathy Store.
MEMORIAL EVENTS
To offer your sympathy during this difficult time, you can now have memorial trees planted in a National Forest in memory of your loved one.
MAKE A DONATION
Please consider a donation as requested by the family.
MEMORIES & CONDOLENCES
2 Entries
Ralph & Elaine Woodbury were my GodParents; Shawn Robert Smith
Shawn Smith
May 12, 2020
Just reading about the death of Dr. Woodbury. God knows when it is time, but we always think it is too soon. I think Dr. Woodbury found the secret to golf and kept it to himself! Thank you Dr. Woodbury for your patience with all my questions my inexperience in being a Family physician while you taught me your pearls of wisdom. Forever in my heart.
Connie Mitchell, MD Family Medicine Physician
May 3, 2018
Showing 1 - 2 of 2 results