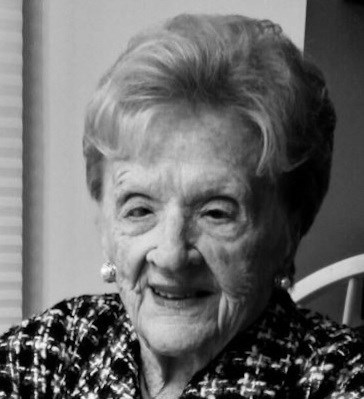 Virginia Augusta Darbe Humble, a feisty Leo, was welcomed by God into the world on August 6, 1920. Known to all who loved her as Ginny, she was born in Detroit and spent 100 remarkable years in her beloved Michigan. Ginny died with her son by her side on May 2, 2021, at 11:57 PM, at Ascension St. John Hospital in Detroit, MI.

A kind and loving mother, wife and friend, Ginny was known as an independent, funny, hard-working and generous trailblazer who enjoyed meeting people of all ages and from all walks of life.

Born to William (Bill) Darbe and Evelyn Hessler Darbe, Ginny was raised by her mother and her uncle, Frank Krueger, of Krueger Creamery. They resided in St. Clair Shores.

At age 7, she was enrolled at St. Mary Academy boarding school in Monroe, MI, one of the premier schools for young women in the country. She spent her entire school career there, forming a close bond with the founding Sisters, Servants of the Immaculate Heart of Mary. The courage and sacrifice of these women inspired Ginny's strong faith, which served her throughout her life as she listened to a daily mass and prayed a daily rosary. Many of her SMA classmates remained close to her, and she celebrated her 99th birthday with some of them. Once you met Ginny, you were friends forever.

After graduation, she took a job in retail, eventually settling at Jacobson's Department store in Grosse Pointe in the handbag department, located on the store's bustling street floor. She worked there from 1964 until her retirement and enjoyed returning part-time if needed. Ginny loved working at Jake's, and anyone who shopped with her received exceptional service. She greeted customers in the store with the same warmth with which she welcomed friends into her home. Her door was always open.

She married Claude Thomas Humble in 1950. The glamorous couple welcomed their daughter Gwendolyn Marie in 1953, followed by their son Bryant Thomas in 1955.

Gwen wrote these words to capture her mother's devotion and her passion for elegant style:

"To have and to hold,

the handbag is a portable office,

bank, and emergency kit for women

From the classics Judith Lieber,

the handbag holds all!"

The last bag Bryant and Gwen gifted their Mom was a Louis Vuitton, fondly known as Ginny's boyfriend "Louie."

Her son-in-law Ian, remembers Ginny as "A fantastic woman, my forever friend. She was a pistol, a firecracker, and I'll miss her like hell." Ginny cherished time with Gwen and Ian, both in California and Michigan, and traveled with them around the world.

Ginny's devoted son Bry, cared for his mother until the last moment of her life. They loved to play the lottery together, and if Ginny was at a slot machine, she was in her element. Ginny and Bryant enjoyed watching Detroit sports teams, namely hockey, baseball and football.

Virginia is survived by her daughter Gwendolyn Humble McShane and son-in-law Ian McShane, of Los Angeles, CA; her son Bryant Thomas Humble, of St. Clair Shores, MI; and her goddaughter Amy Bagwell, of Lake Way, TX. Virginia was preceded in death by her mother, father, and husband.

Mass of Resurrection for Virginia will be at 10:00 AM, Tuesday, May 11, at St. Paul on the Lake, Grosse Pointe Farms. Interment will be done privately on Thursday.

Virginia was a long-time, much loved member of the DIO vision support group. In lieu of flowers, the family gratefully prefers donations to go to the Detroit Institute of Ophthalmology. More specifically:

Virginia was born en caul, known in folklore as "with a veil." She believed this was her key to knowing things would always be fine for her own children. Truly the opinionated Leo, she saw her purpose as a caul-bearer to help guide men, women and children to understand themselves and the universe in which they live. This love and empathy she extended to everyone she touched is her legacy. Published by The Detroit News & Detroit Free Press from May 7 to May 9, 2021.
MEMORIAL EVENTS
May
11
Service
10:00a.m.
St. Paul on the Lake
Grosse Pointe Farms, MI
MEMORIES & CONDOLENCES
8 Entries
I remember your Mom well. She was a very nice woman. She was good friends with my Mom, Flo Flynn. They had fun working together at Jake’s! My thoughts and prayers are with you.
Sheila Flynn Potter
Friend
May 19, 2021
She was one in a million and she was the most lively, funny, sociable and loveable lady. She loved her children and that is the love and care they gave back to her till she passed. I loved her and will miss her. Xx
Aida
Friend
May 16, 2021
Beautiful words for a beautiful and extraordinary lady. Virginia was one of a kind and will always be in our hearts. We are blessed to have known her. Sending much love to her family and all who knew her. Lisa, Abbey and Todd
The Gallant Family
Friend
May 11, 2021

I have many warm and fun memories growing up as my Mom worked with Virginia at Jacobson's and they were great friends!. We will hugely miss her wit, charm, and person. It is a blessing to know that she is with the LORD. God Bless all the family.

Chris, Joanne, and Georgia Stephenson
Chris Stephenson
Friend
May 9, 2021
Many happy thoughts, warm memories and prayers are accompanying our dear friend, Virginia her journey home -- and those same sentiments to Gwen/Ian and Bryant. Our 'loss' is surely heaven's 'gain' as Virginia reunites with her husband and good friends, Barbara Koslowski and Noella Blancke. A great life, shared with so many along the way....just sorry we didn't meet her much sooner, in her 'hey day', but very fortunate to have crossed her path. Until we meet again, Virginia, may God hold you gently in the palm of His hand. Fred/Tom
Fred
Friend
May 7, 2021 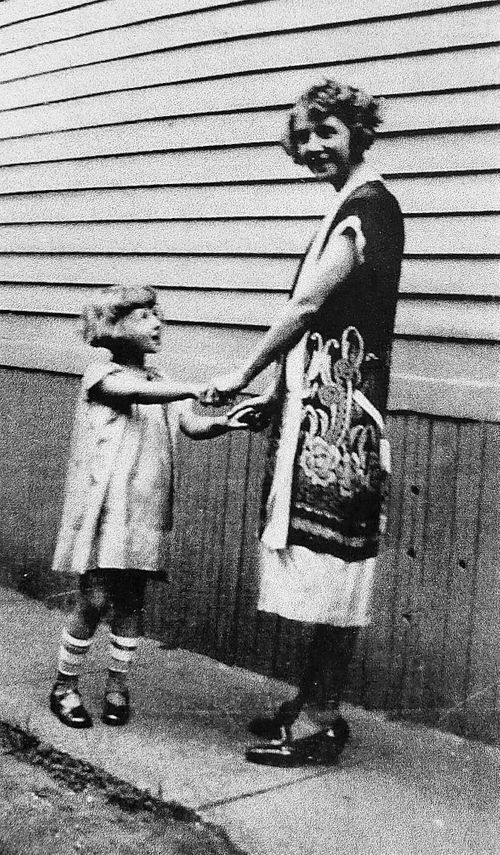 Jon OHara
Friend
May 7, 2021
Dearest Virginia, I will miss our little chats and your always sage advice. You were a blessing. Always With Love....Lisa and Bobby (who always asked about you, as you did with him).
Lisa Bullard Giglio
Friend
May 7, 2021
Showing 1 - 8 of 8 results