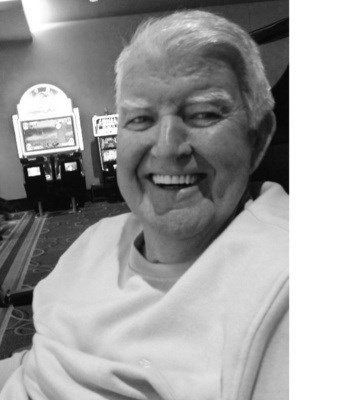 WILLIAM CRAWFORD "BILL" Age 83, from Southgate Michigan, passed away peacefully on December 16, 2016 from natural causes. Bill was born on December 19, 1932 in Greenock, Scotland where he met and instantly fell for his beloved wife, Nancy. They had three daughters: Carol-Ann, Fiona (both born in Scotland), and their "Yank" baby, Alison. Alison married Ian Paige, whom Bill considered the son he never had. He was a "doting Granda" to "Little Ian", the apple of his eye! They immigrated to the US in 1967 where they raised their family in Southgate. After a career as a wood pattern maker for all the "Big 3", he retired from GM in 2001.

He is preceded in death by his lovely wife Nancy, in 2003. Also his younger brother Ian, his sister-in-law Jean, his brother-in-law Richard (Smith), and brother in-law John (Fyfe). He is survived by his loving daughters Carol-Ann, Fiona, Alison (Paige), son-in-law Ian Paige, his wonderful grandson "Little Ian" (Paige), his loving companion Linda Tyrna, his sister Elizabeth (Fyfe), sister-in-law Margaret (Smith), loving nieces Marion (Jim) and Gillian (Steven), nephews Andrew (Elsa), Ian, Crawford (Sharon), Richard (Jeannette), and Robert (Portland) plus his many cousins and all their families. His dear friends and colleagues also mourn his passing, both in the U.K. and in the US. He was a wonderful man and will be sorely missed by all who knew him.

A memorial service celebrating his life, will be held at 4 pm on Thursday, December 22, at Allen Park Presbyterian Church in Allen Park, MI. Bill was cremated, and his ashes will be taken home to Scotland to be spread with Nancy's, at the Memorial Gardens in Greenock.


Published by Detroit Free Press & The Detroit News on Dec. 21, 2016.
To plant trees in memory, please visit the Sympathy Store.
MEMORIAL EVENTS
To offer your sympathy during this difficult time, you can now have memorial trees planted in a National Forest in memory of your loved one.
MAKE A DONATION
MEMORIES & CONDOLENCES
0 Entries
Be the first to post a memory or condolences.