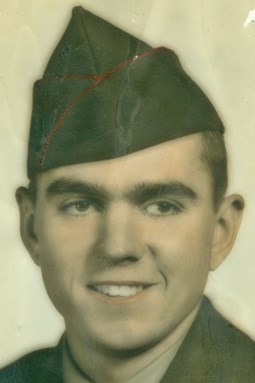 Don was born Sept. 8, 1931, in Snyder, Nebraska, to Herman and Meta (Hoge) Alberts. He was raised on the family farm and graduated from District 25 school. He was drafted into the U.S. Army in 1953 and honorably discharged in 1955. During this time he served with Battery C, 804th Heavy Field Artillery Unit. Don married Karilyn Hilbers on June 24, 1956, at St. Paul's Lutheran Church north of Hooper. The couple had been members at St. Peter's Lutheran Church in Snyder, then became members of Grace Lutheran Church in West Point.

Don loved trapping, he was very good at getting coyotes and minks. He also loved to hunt and go fishing from the railroad bridge on Highway 275 over the Elkhorn River. He also enjoyed watching Nebraska sports through the years.

Don was preceded in death by his wife Karilyn on Jan. 8, 2019; parents, Herman and Meta; sister and brother-in-law, Ardean (Willis) Dames; in-laws, Oltman and Wilma Hilbers; and brothers-in-law, Gene and Wayne Hilbers.

The funeral will be 10 a.m. Friday, Oct. 8, at Grace Lutheran Church in West Point, Rev. Priscilla Hukki will officiate. Burial will follow in St. Peter's Lutheran Cemetery in Snyder with full Military Honors. Visitation will be Thursday, from 3-8 p.m., with the family present from 6-8 p.m. at Ludvigsen's Scribner Funeral Chapel. Memorials are suggested to the Snyder and Scribner VFD and Rescue.