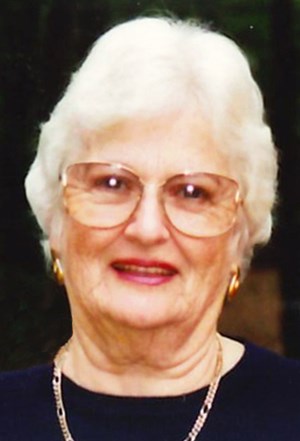 Evelyn Wahlin was born to James and Laura Johnson at Lyons, Nebraska, and passed peacefully away at 95 years of age. Evelyn was baptized and confirmed at the Memorial United Methodist Church in Lyons. She attended Shultz country school near Lyons and graduated from Lyons High School in 1942.

Robert had a lengthy career with the U.S. Wildlife Service and the family lived in central South Dakota. Later, the couple transferred to Western Nebraska. After his retirement, the couple enjoyed spending several winters in Arizona. Following her husband's death, Evelyn resided in Fremont, Nebraska, and later at Oakland Heights Assisted Living where she received the best of comfort, companionship, and care.

Pelan Funeral Services is assisting with final arrangements and direct burial of Evelyn next to her husband in the Lyons Cemetery. There will be no visitation or funeral services, but a Celebration of Life will be planned at a later date amongst immediate family members. Memorials can be given to Memorial United Methodist Church in Lyons or donor's choice.

To plant trees in memory, please visit our Sympathy Store.
Published by Fremont Tribune on Sep. 9, 2020.
MEMORIAL EVENTS
No memorial events are currently scheduled.
To offer your sympathy during this difficult time, you can now have memorial trees planted in a National Forest in memory of your loved one.
GUEST BOOK
0 Entries
Be the first to post a memory or condolences.