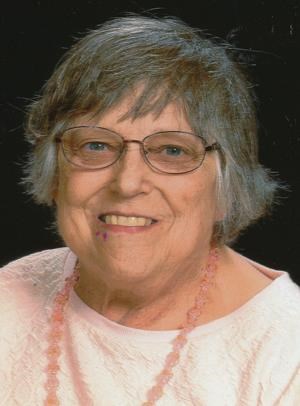 Funeral services for Gloria F. Wegner, age 78, of Scribner, Nebraska, will be held on Friday, Sept. 4, at 10:30 a.m. at St. Peter's Lutheran Church in Scribner with Pastor Bruce Schut officiating. Interment will be in the Trinity Lutheran Cemetery, rural Scribner. Visitation will be on Thursday from 5 p.m. to 7 p.m. at the Minnick Funeral Home in West Point and will continue one hour prior to the service at the church.

Gloria passed away on Monday, Aug. 31, at the Hooper Care Center in Hooper, Nebraska.

We are following all current health directives regarding COVID-19. We will social distance by household. Masks are recommended.

Gloria Faye (Doescher) Wegner was born in West Point, Nebraska, on June 15, 1942, to Roy H. and Lucinda (Beckman) Doescher. She was baptized on July 12, 1956, and later confirmed on March 25, 1956, at St. John's Lutheran Church in Beemer, Nebraska. Gloria attended Beemer Public Schools and graduated from Beemer High School in 1960. During her high school years, she worked for the Beemer Dry Cleaners.

On Sept. 18, 1965, she was united in marriage to Norman A. Wegner at St. John's Lutheran Church in Beemer. The couple farmed in the Scribner area, where Gloria was an active farmwife. She also had worked at the Scribner Post Office.

Gloria was a member of St. Peter's Lutheran Church in Scribner and helped make pies for the church's fair stand. She enjoyed cooking, dancing, playing cards, and watching birds.

Gloria was preceded in death by her parents; husband Norman on May 11, 2005; brother, Don Doescher.