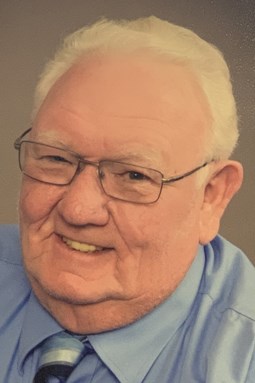 Jerome was born to Richard and Ruth (Seyersdahl) Halladay on Aug. 7, 1946, in Norfolk, Nebraska. He grew up and lived most of his life in the North Bend and Fremont areas. He was a 1965 graduate of Fremont High School. He then enlisted in the U.S. Navy during the Vietnam era, serving from 1965-1969. He was stationed for a time in Iceland and was a survivor of an extensive fire while aboard the aircraft carrier the U.S.S. Forrestal.

Upon his discharge from the Navy, he returned to Nebraska to work with his father at his gas station in North Bend. He attended the University of Nebraska School of Agriculture in Curtis, Nebraska, earning a degree in horticulture.

He married Carol Harter in 1973. Three sons were born to this union. The couple later divorced. He married Ellen Ann (Proctor) Phelps on Feb. 9, 1991, and the couple raised their children together. In addition, they became caregivers for individuals with developmental disabilities. Three of these individuals lived with the Halladays for 20 years or more and were considered part of the family.

Jerry was the owner/operator of Halladay Greenhouses in Fairbury, Nebraska, and Country Greenhouses in North Bend. He also worked for a time as a groundskeeper at Midland University. He was a beloved bus driver for North Bend Central Public Schools for many years. He volunteered for many community organizations in North Bend and the surrounding area. He was North Bend's VFW commander for a number of years and also served as District 7 state commander, earning multiple awards at the state and national level.

He was a devoted leader for the Boy Scout program, holding many leadership roles in the local troop, and in the area. He served for five years as a national Cub Scout Day Camp Director. He was proud of the many young men he helped and inspired to achieve Scouting's highest rank of Eagle Scout. Three of his own sons earned the rank of Eagle.

He was preceded in death by his parents; an infant sister, Louise; sister-in-law, Carol Halladay; granddaughter, Alison Martin; and "foster" son, Chad Gundersen.