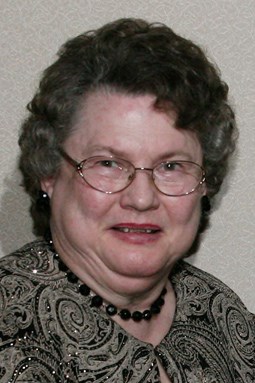 Joan was born Jan. 18, 1937, in Lincoln, Nebraska, to Wilford and Mary (Fuhrer) Sanders. She graduated from Lincoln High School in 1955, attended the University of Nebraska and was employed by Woodman Accident and Life Insurance Company.

In 1957 Joan married Harold Tuck; they later divorced. She married Robert (Bob) Berg in 1971 and moved to Fremont, where she was a member of the Presbyterian Church.

Joan loved her family and cherished their visits and phone calls. She had a kind and loyal heart and was a friend to all. She enjoyed her pets, soap operas, word searches and shopping.

The family would like to thank the staff at Dunklau Gardens for their care and friendship during Joan's time as a resident.

The funeral service will be held at 10 a.m. on Monday, July 12, at Ludvigsen Mortuary in Fremont. Burial will be in the Craig, Nebraska, cemetery.

Published by Fremont Tribune from Jun. 30 to Jul. 8, 2021.
To plant trees in memory, please visit the Sympathy Store.
MEMORIAL EVENTS
To offer your sympathy during this difficult time, you can now have memorial trees planted in a National Forest in memory of your loved one.
Funeral services provided by:
Ludvigsen Mortuary - Fremont
MAKE A DONATION
MEMORIES & CONDOLENCES
Sponsored by Ludvigsen Mortuary - Fremont.
1 Entry
Offering our deepest condolences during this difficult time.
Ludvigsen Mortuary
July 8, 2021
Showing 1 - 1 of 1 results