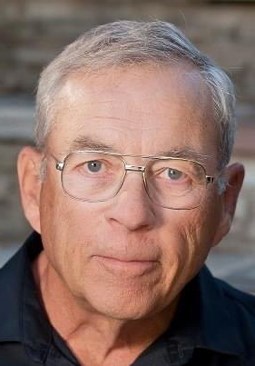 He grew up in the Emerson, Nebraska, area and was a 1962 graduate of Emerson Sacred Heart High school. Michael married Carol Radtke on Oct. 10, 1964, at Emerson. They moved to Cedar Bluffs, Nebraska, in 1970 and he worked for the USDA as a meat inspector. He was primarily at Hormel in Fremont but also worked at Schuyler, Campbell Soup in Fremont and was there when Fremont Beef started. He retired in 2005. They moved to Hooper in 2001.

Michael was a member of St. Patrick Catholic Church in Fremont. He was a former member of the Cedar Bluffs School Board and past president. He was a baseball and softball coach and an avid Husker fan. He announced the football games for many years at Cedar Bluffs. He wore out several cars attending his children's and grandchildren's activities.

The Funeral Mass will be 10 a.m. Tuesday, July 13, at St. Patrick Catholic Church in Fremont. Visitation will be on Monday from 4-7 p.m. and family will receive friends from 6-7 p.m., followed by a Rosaryigil service at 7 p.m., all at Moser Memorial Chapel in Fremont.

Interment will be at Calvary Cemetery in Fremont.

Memorials are suggested to Joslin Diabetes Center or the American Heart Association.