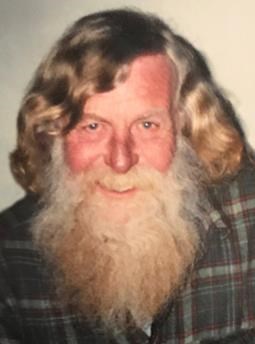 Michael "Redball" Westphal, 71 years old, formerly of Morse Bluff, Nebraska, passed away peacefully on Thursday, Oct. 22, 2020. Mike was born Feb. 16, 1949, in Fremont to James and Pearl (Bang) Westphal. He grew up in Fremont and graduated from Fremont High School in 1967. He later attended the University Of Nebraska at Lincoln, with interests of becoming an architect, however, he joined the service in 1969. He was stationed north of Fairbanks, Alaska, for the full tenure of his three years of service with the U.S. Army. Mike married Christine Altman in 1983 and together they had a daughter, Charity. Christine's two sons, Dana and Wesley, lived with them for some time also. He is survived by these family members.

Mike lived most of his life after the service in Morse Bluff, and came to be known fondly by friends, family and locals as "Redball." Many people who knew him for years and years, did not know him by any other name. A true animal lover, Mike had many cats and dogs come and go through his life but none ever left the impression on his heart that his best friend "Killer" the dog did. For 14 or 15 years, Killer went everywhere that Mike went, and even faithfully waited by the door of the Bluffs Pub at 5 p.m. every night for Mike to get off work. Mike loved to cook, and made a legendary cheeseburger. Many evenings he could be found cooking, with an Old Milwaukee in one hand and a Camel non-filter cigarette in the other. Always the funny man like his three brothers before him, his laugh was infectious and very recognizable, and the harder he could make YOU laugh ... the harder HE laughed. Through all the good days and bad days life dealt him, Mike was always smiling and laughing.

He was preceded in death by both his parents, and his three older brothers, Robert, Neal and Steve.

Memorials may be directed to the family for a designation yet to be determined.

To plant trees in memory, please visit our Sympathy Store.
Published by Fremont Tribune on Oct. 24, 2020.
MEMORIAL EVENTS
Oct
27
Visitation
6:00p.m. - 8:00p.m.
Moser Memorial Chapel Funeral & Cremation Services
2170 N Somers Ave., Fremont, NE 68025
Oct
28
Celebration of Life
2:00p.m.
Moser Memorial Chapel Funeral & Cremation Services
2170 N Somers Ave., Fremont, NE 68025
Funeral services provided by:
Moser Memorial Chapel Funeral & Cremation Services
GUEST BOOK
6 Entries
What a great heart this man had, such sorrow for him not to be among us, prayers to his family and friends. See you on the other side my friend!
Pattie winter
October 29, 2020
Charity, so very sorry to see of your dad's passing. I remember when he came to Parent Teacher's conferences at NBC. I was so nervous because I did not know who he was. Mr. Watson said of that's just Reball, Charity's dad. We had the nicest visit about you and how much I enjoyed having you in class and I really think of you as a friend. Loosing a parent is so difficult and leaves a void that really can't be filled. But hopefully time and memories will heal the loss. Prayers to your family and hugs from me to you. Jackie Moeller
Jackie Moeller
October 28, 2020
So sorry to hear of your dad passing. Our thoughts and prayers are with you and the family.
Carol Bolden
October 27, 2020
Mike you will be missed. I don't know if I ever thanked you for introducing me to Steve 45+ yrs ago. When you would call or I would call you you always said "Juniebuns how's it going. Then you would laugh. Then you would talk with Steve for hours about RC planes. He would bring them to you to build. I think I only remember you flying them once. RIP my friend and brother-in-law. Juniebuns
June Westphal
October 25, 2020
Sending my thoughts and prayers to the family
Katy Hubka
October 24, 2020
Jim & Pearl were best friends with Bill & Ellen Howe, my parents. I grew up with the Westphal boys, and were were like brothers. I remember a Neil awesome at Basketball, Bob was the best engine builder in the nation. I wept at their passing. Steve was the musician, I don´t think there was an instrument he could not play. Growing up with the 4 brothers, I was closest to Steve and Mike. Our families did everything together. Steve passing a year ago hit me hard. I was so happy I was able to spend time with him a few days before his passing. All four were as much a part of my life as my own family. They were my brothers. Mike passing has saddened me. He, Steve and myself were inseparable as kids, we did everything all boys did growing up. Mike´s daughter and my youngest are friends, she contacted Liz wanting me to know of his passing before I heard it from anyone else. That is something her dad would have wanted. With all the boys gone now, anyone who knew the brothers Westphal shares my sadness. I pray that Pur Father in Heaven can bring comfort to their family and friends.
Bruce Howe
October 24, 2020