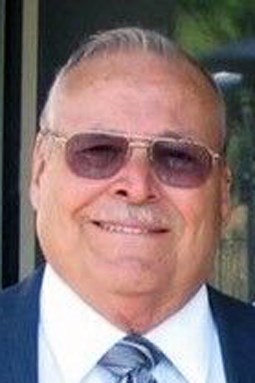 Ramon W. "Ray" Waterman, age 87, passed away at Belmont Village Senior Living on Saturday, Sept. 25, 2020, in Scottsdale, Arizona, after a long struggle with cancer. He was preceded in death by his parents August and Maude Waterman; sister, Mina Rose Book; and brother, H. Robert Ochse.

Ray was born Feb. 24, 1933, in Fremont, and spent his early years on the family farm near Fontanelle. At the age of 8, his family moved to San Francisco, California, to pursue employment opportunities. The family returned to Fontanelle in 1944, purchased and operated the local general store/post office until his father's death in 1945. Shortly after, Ray and his mother moved to Fremont where he attended Fremont Junior and Senior High Schools.

After graduating from Fremont High School in 1951, he relocated to Hazel Park, Michigan. Two years later, he returned to Fremont and on March 5, 1953, married Jessie Ann Cornelius at Salem Lutheran Church. He enlisted in the United States Air Force after their marriage and spent 22 years as a career serviceman, retiring in 1974 as a Master Sergeant. During his years in the Air Force he and his family moved many times to include Gieblestat, Germany, San Clemente Island, California, many stateside bases and two remote tours on Alaska's Aleutian chain. During his military career, the couple were blessed with four children and Ray insisted they travel back to Fremont's Salem Lutheran for their baptism rites. After retirement, Ray and Jess returned to their Nebraska roots, settling in Omaha. He was employed at Majors, Fruehauf, Valcom, and Ag Processing as a computer programmer. He retired again in 1995, living "the good life" for many years, enjoying Nebraska summers and Arizona winters, moving permanently to Scottsdale in 2006.