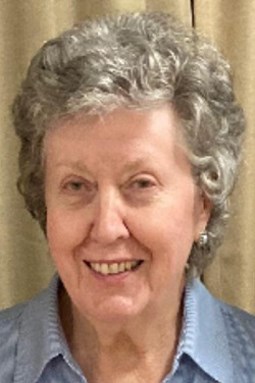 The funeral service will be held on Wednesday, June 9, at 10 a.m. at New Zion Presbyterian Church in Clarkson with Rev. Laura Rasmussen officiating. Interment will be in the Clarkson National Cemetery. Visitation will be on Tuesday from 5-7 p.m. and continue on Wednesday from 9 a.m. until service time, both at the church. Memorials may be directed to those of the donor or family choice.

Ruby was born Nov. 30, 1943, in Butler County, Nebraska, to Leo and Libbie (Bobek) Kucera. She attended Butler County Grade Schools and graduated from David City High School in 1961. Ruby and her sister moved to Fremont, Nebraska, where they worked in a secretarial pool for Gambles. On May 29, 1965, Ruby was united in marriage to LeRoy Matthies at New Zion Presbyterian Church in Clarkson. The couple farmed west of Clarkson for 25 years. Ruby worked at the nursing home in Clarkson and also at Nebraska Public Power District in Columbus. LeRoy passed away on April 12, 1991.

On July 1, 1998, Ruby married Eugene Wesely at the Saunders County Courthouse in Wahoo, Nebraska. The couple lived on his farm in Cedar Bluffs, Nebraska. After Gene's death in 2003, Ruby moved to Schuyler. While living in Schuyler, Ruby worked for the City of Schuyler where she drove the Handi-Van for the Senior Center. Ruby enjoyed cake decorating, dancing, embroidery work, square dancing, crocheting, and writing short amusing poems. Halloween was a special holiday as she enjoyed creating a spook house in the garage on the farm for many years.

Condolences may be sent to www.millersfh.com.