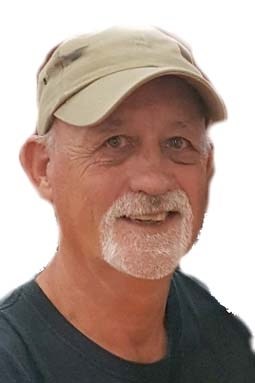 Terry grew up in Wauneta, Nebraska, on the family farm. Terry married LaVerta (Litz) on June 16, 1972, in Wauneta. He graduated from UNL with a BS in Animal Science. After college he managed Centennial Pork Hog Company in McCook, Nebraska, until 1976 when he moved to Kearney, Nebraska. He worked for Pureline Hog Company until 1980. In 1981 he and several friends started the Direct Swine Company in Fremont, Nebraska, which was then purchased by PIC (Pig Improvement Company). He relocated to North Bend in 1987. In 2000 he retired from PIC, then did swine consulting and became part owner of Linwood Artificial Breeders until 2019 when he officially retired.

Terry was a member of Pheasants Forever and a youth mentor, Ducks Unlimited and Safari Club. He was very involved with wildlife conservation. He was also a member of the Free Masons and Wild Turkey Federation.

Terry was preceded in death by his parents.

A Celebration of Life service will be 1 p.m. Saturday, Oct. 24, at United Presbyterian Church in North Bend. A time for remembrance with the family will follow the service until 4 p.m., also at the church. Casual attire is suggested and masks will be required.

Memorials in lieu of flowers to the Nebraska Wildlife Federation.

Online condolences may be left at: www.mosermemorialchapels.com.

To plant trees in memory, please visit our Sympathy Store.
Published by Fremont Tribune from Oct. 20 to Oct. 21, 2020.
MEMORIAL EVENTS
Oct
24
Memorial Gathering
United Presbyterian Church in North Bend
Oct
24
Celebration of Life
1:00p.m.
United Presbyterian Church in North Bend
Funeral services provided by:
Moser Memorial Chapel
GUEST BOOK
1 Entry
I am so sorry to hear of Terry's passing. I worked for Lonnie for 22 years so got to know Terry. I also worked with Tracy and the boys. My deepest sympathy and may God Bless you and your family in this time of sorrow.
Wendy Reznicek
October 20, 2020