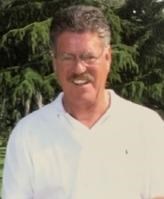 BORN
1945
DIED
2021
FUNERAL HOME
Farewell Funeral Service - Palm Bluffs
660 W. Locust Ave. #101
Fresno, CA
Bobby E. Florence
November 17, 1945 - June 27, 2021
Clovis, California - Bobby E. Florence was born November 17, 1945 in Exeter, California to Stanley and Osa Florence. He passed away peacefully on June 27, 2021, after a courageous battle with cancer. Bobby was a graduate of Corcoran High School, class of 1963 where he excelled in all sports, especially baseball. After graduation he attended College of the Sequoias and 4C's Business college. He proudly served his Country in the Army Reserves where he was stationed at Fort Huachua in Arizona.
Bobby began his banking carrier in 1968, with Wells Fargo Bank and spent twelve years in operations and bank management becoming one of the first Personal Banking Officers in the industry. With his outgoing personality he was very successful and developed many long lasting business relationships. In 1980, he made a change to Fresno Bank of Commerce (which later evolved to Bank of Fresno and Valley Wide Bank) where he became President of Business Development and Marketing. He then moved to Clovis Community Bank in 1995, as Vice-President of Business Development until 2000 when he made his last career move to County Bank and then retired in 2008.
Bobby was an avid golfer and long-time member of Sunnyside Country Club. He was known for his outgoing personality and he developed many long-lasting friendships and business relationships on the golf course. During this time, he was also President of the SPCA for five years. After retirement Bobby could usually be found playing at Eagle Springs Golf Course three days a week.
Bobby is survived by the love of his life, Claudia Froehlich, who he enjoyed many wonderful years with, and by his three daughters, Brittney Spangle (Roland), Tiffany Langdon (David) and Cassie Florence, as well as a grandson, Brian Mann, Jr. and two granddaughters, Sofie and Scotland Langdon, his sisters-in law, Char Florence and Joanie Florence and many nieces and nephews. Bobby will also be greatly missed by his best friend and canine companion, Dude. Bobby was pre-deceased by his parents, Stanley and Osa Florence, his sister Gwen Florence Woitalla, and his brothers, Lewis Florence and Stanley Florence.
The family would like to thank Dr. Thomas Hackett, Anabel, Myra and Joel at C-Care for their kindness and support during Bobby's battle with cancer.
In lieu of flowers, Remembrances may be made to the Central California SPCA, 103 S. Hughes, Fresno, CA 93706.

To plant trees in memory, please visit our Sympathy Store.
Published by Fresno Bee on Jul. 25, 2021.
MEMORIAL EVENTS
No memorial events are currently scheduled.
To offer your sympathy during this difficult time, you can now have memorial trees planted in a National Forest in memory of your loved one.
Funeral services provided by:
Farewell Funeral Service - Palm Bluffs
MEMORIES & CONDOLENCES
3 Entries
I was saddened to hear of Bobby´s loss and my deepest sympathies to his love ones. I was honored to have worked with Bobby for several years at Wells Fargo Bank. He will always be remembered for his great leadership, great friendship, professionalism, knowledge, and beautiful warm heart. He brought joy to everyone he touched. My sincere condolences to the entire family and love ones. I will cherish all the great memories we had on the Stagecoach. Sandy Raco
Sandy Raco
Work
August 2, 2021
Saddened to read about one of the good `ol boys from Corcoran that has passed on. Bobby was a year older than me, but we attended school together until after high school. We played many seasons together in Little League, and raised our trophy together as undefeated champions one year known as the Tigers. 13-0! I will never forget how great Bobby played first base. He was a true natural. Always with a smile on his face, he never disappointed. Both living in Fresno, we managed to stay good friends until marriages sent us down different paths. My good friends from the old days in Corcoran are mourning the loss of someone who grew up as a kid among us, and we will never forget him. Rest In Peace Bobby.
Bill Truckell
August 1, 2021
We will miss our "Ricky" Bobby very much. His smile, laughter and the twinkle in his eye when he greeted you made you feel how genuinely happy he was to see you! He and Claudia were meant for each other and had a love story to envy. We hope the golf courses in Heaven are amazing, Bobby! We love you!!!
Don and Cori Bedrosian
July 22, 2021
Showing 1 - 3 of 3 results