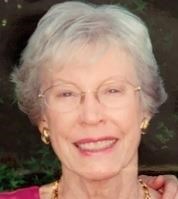 BORN
1928
DIED
2021
UPCOMING SERVICE
Memorial service
Dec, 8 2021
12:00p.m.
Hope Lutheran Church
Send Flowers
Clarice Eileen Nielsen
December 10, 1928 - November 16, 2021
Fremont, California - Clarice Eileen Nielsen (nee Satre) passed on to eternal life on Tuesday, November 16, 2021. She was 92.
Clare grew up in Veblen South Dakota until she was in high School, when the family moved from South Dakota to the sunny desert of Phoenix AZ. She made many wonderful friends there, including Beverly Nielsen (Canterbury), who later became her sister-in-law. After high school Clare chose to go to UCLA to pursue a career in physical therapy. In 1950, after she had become a registered physical therapist, Clare married Beverly's big brother, Richard Nielsen. The couple lived in Cupertino, Boulder, Phoenix and finally settled in Fresno, where they spent 52 of their 66 years together.
Initially, Clare worked at Saint Agnes Hospital in Fresno. After a few years however, she decided to open her own PT clinic and became a well-known and respected therapist in the orthopedic community. Eventually she expanded her practice, opening a second clinic which she ran for 14 years until she retired.
In retirement Clare and Dick enjoyed local college sports events as well as concerts and plays. They loved seeing the country in their motor home. The church was always an important part of Clare's life and she and Dick were active members at Hope Lutheran Church in Fresno.
In 2016 The couple moved to Fremont to be closer to daughter Kristine Adams and son David Nielsen. There they became members of Christ the King Lutheran Church. Clare is survived by Kristine, and grandchildren Richard Adams and Julie Toft, and David and grandchildren, Taylor and Jack Nielsen, as well as great grand babies, Elijah and Natalie.
Friends and Family are invited to a Memorial service at Hope Lutheran Church, 364 E. Barstow, Fresno, CA, 93710, 2021 on Wednesday December 8 at noon.

Published by Fresno Bee on Nov. 28, 2021.
To plant trees in memory, please visit the Sympathy Store.
MEMORIAL EVENTS
Dec
8
Memorial service
12:00p.m.
Hope Lutheran Church
364 E. Barstow, Fresno, CA
MAKE A DONATION
MEMORIES & CONDOLENCES
1 Entry
Kris and Dave: God be with you as your mourn the loss of your dear mother. She was a special person to the community at Hope Lutheran Church.
Christa Slater
Other
December 1, 2021
Showing 1 - 1 of 1 results