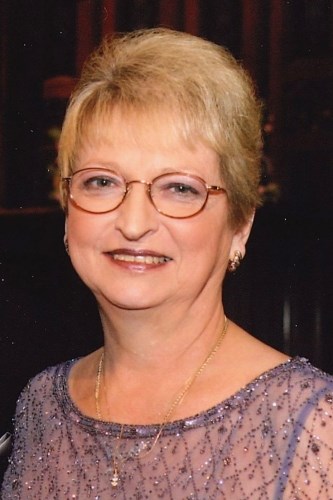 Connie Jo Yeager, age 71, of Sheridan, passed away on Thursday evening, Sept. 2, 2021, at Riverview Health in Noblesville. Born Sept. 28, 1949 in Kokomo, she was the daughter of the late Giles Laverne "Tootie" and Mary Rovena (McFarland) Stowers.

Connie was a 1967 graduate of Clinton Central High School and attended Ball State University. After college, Connie went to work for Sheridan Public Service. She stayed with the company for seven years before leaving to focusing her attention toward raising her family. As her son got older, Connie went back to work to start a new chapter in her life. In 1994 she started substitute teaching in the Clinton Central School System. It wasn't long before she found her place within the Bulldog family, and her new role with her students. Credit remediation was her new position, and for 16 years she was a champion for the students that needed her the most, offering them encouragement and support when they needed it, as well as helping them navigate the system and earn enough credits to graduate. She retired from the school system in 2011.

When she wasn't working, Connie loved entertaining friends and family, and food was usually the not-so-secret ingredient that made every get together perfect. Being a bit of a social butterfly, as well as a Longaberger basket hoarder, she was thrilled to have hosted the Longaberger family at her home. She had the time of her life, sharing stories and treating them to some of her wonderful cooking. Her talents in the kitchen are already being missed by those who were lucky enough to know her, and the void will definitely be felt during the holidays, especially when it came to her yearly tradition of baking over 1,200 cookies to pass out to family and friends.

Connie also had a flair for crafting; dried flower arrangements were one of her specialties.

Family was the most important thing in Connie's life. Her husband Jon was her soulmate and her partner in crime. If ever two people were meant to be together, it was Jon and Connie. It all began with a blind date, and it was love at first sight. Jon proposed about three weeks later on April 1st, and roughly three months after that, on July 13, 1974, they were husband and wife. Their whirlwind courtship was the beginning of a lifetime love story. Jon and Connie were joined at the hip. If you saw one of them, the other was never too far behind. However, Jon did have to take a back seat when it came to her granddaughters; they were her world.

Connie was a member of the Kirklin Christian Church, and the Kirklin Home Arts Club. She was also a member of the former Sheridan, Indiana chapter of the Order of Eastern Star, and current member of the Whitestown O.E.S. Chapter No. 248. She proudly served the membership by holding all of the Star Points throughout her tenure. Adah, the Blue Point, was her favorite.

She was preceded in death by her parents; infant brother, Dean Laverne Stowers; and her feline BFF, K.C.

Services will be held at 10 a.m. on Saturday, Sept. 11, 2021, at Kercheval Funeral Home, 306 E. 10th Street, Sheridan, Indiana. Burial will follow at Spencer Cemetery in Sheridan, Indiana. Pastor Tom Holton will be officiating. Visitation will be held from 3-7 p.m. on Friday evening, Sept.10, 2021 at Kercheval Funeral Home, with Order of Eastern Star Memorial Services beginning at 7 p.m.

Published by The Times on Sep. 7, 2021.
To plant trees in memory, please visit the Sympathy Store.
MEMORIAL EVENTS
Sep
10
Visitation
3:00p.m. - 7:00p.m.
Kercheval Funeral Home - Sheridan
306 East 10th St P.O. Box 42, Sheridan, IN
Sep
11
Service
10:00a.m.
Kercheval Funeral Home - Sheridan
306 East 10th St P.O. Box 42, Sheridan, IN
Funeral services provided by:
Kercheval Funeral Home - Sheridan
MEMORIES & CONDOLENCES
Sponsored by Kercheval Funeral Home - Sheridan.
7 Entries
Connie and I became friends in seventh grade. We did a lot of things together through the years. Our JUNIOR PROM double date. Football games at Sheridan. Of course the Indiana State Fair. Her mom and dad took us every opening day and then again on closing day. We stayed all day from opening in the morning until close at night. As we want different ways things changed for us. Still keep in touch but not like your younger days. Her family was a part of my life. I LOVED HER FAMILY VERY MUCH. SHE WILL BE IN MY HEART FOREVER. BE SURE AND LET HER GRANDDAUGHTERS THAT THEY HAVE TWO GREAT LADIES IN HEAVEN WATCHING OVER THEM. PRAYERS FOR JON AND DEAN AND FAMILY. LOVE TO ALL CONNIE
Connie Stevens-Kinh
Friend
September 11, 2021
We are saddened by your loss. The Kemmerling family have always have great memories of you and your family. We grieve with you.
Kent Kemmerling
Family
September 8, 2021
So very sorry for your loss of Connie. She was a very special lady. If there is anything I can do to help you during this difficult time, please ask me. I will keep you in my thoughts & prayers. God be with you all!❤
Cheryl Henry
Friend
September 8, 2021
Connie was a wonderful, kind and classy lady! CCHS really missed her when she retired!
Diana Crum
Coworker
September 7, 2021
Jon and Dean, I am very sorry for your loss. Dean, your Mother was always your biggest fan. My sincere condolences to both of you.
Jane Sheets
September 6, 2021
I remember Connie from elementary, jr high and high school. I then lost track of her until she was the parent of one of Steve’s favorite students, Dean. With her job at CC I would see her at school functions. She recently job Kirklin Home Arts Extension Homemakers Club. I was so looking forward to getting to know her and the talents she would share with us. Your obituary was beautifully written honoring her life. We are so sorry for her passing.
Steve and Carol Reents
Friend
September 6, 2021
I can’t believe Connie you’re gone from us! I spent so much time with you and your family in my younger years, you were like my older sister, your mother my aunt I loved dearly and you father “Uncle Tootie”, I worked many hours farming with! I’ll miss you here Connie, please know your loved, tears are filling my eyes now! Tell Jesus hello for us, we’ll see you someday!
Your cousin Jerry!
Martha Stowers
Family
September 5, 2021
Showing 1 - 7 of 7 results