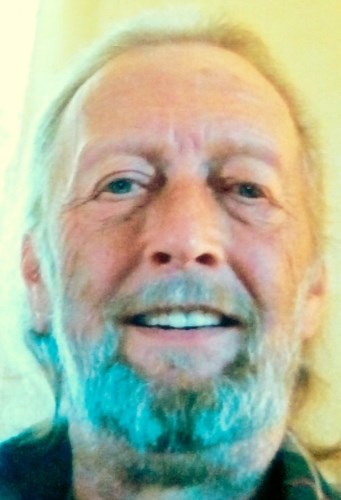 Gary Kelly, 61, Frankfort, left this world and went to his heavenly home on Friday, June 11, 2021. Gary was born July 20, 1959, along with his best friend and twin brother Larry in Kokomo to Herbert and Florence (Frye) Kelly. He was a 1977 graduate of Clinton Central High School and later attended Hobart School of Welding. Gary provided for his family by working at Kingston Products, Clinton Central School Corp., and Caterpillar.

Gary was a simple man with an old soul who enjoyed the simple things in life. He enjoyed watching old movies and old Star Trek episodes with his faithful dog, Scampy. Gary enjoyed walking a field for arrowheads and sitting on the back steps on a beautiful morning to drink his coffee. He enjoyed watching lightning as a storm rolled in. Gary often sat out at night to watch for shooting stars or just to enjoy a beautiful evening. He liked good music and a cold beer with his brother Larry. Gary always had a story or good conversation that brought smiles and laughs. He made people feel loved and valued.

Gary was the real deal of a "good man." He was never too busy to lend a hand or fix something you needed repaired. He helped anyone and everyone that he could. He was always a hard worker and a valued employee. Everything that Gary did, he did his best and gave it his all. He will be missed and forever in the hearts of everyone whose life he touched.

Gary is survived by his son, Ryan of Burlington; daughter, Lauren of Hartford City; granddaughter, Marilyn Kay Kelly of South Carolina; siblings, Ernie (Kathy) of Lafayette, Carolyn of Geetingsville, Jerry (Dannell) of Atlanta, Johnny (Tammy) of Bringhurst, Larry (Ginger) of Kempton, and Kenny of Kentucky; the mother of their children, Linda; and several nieces and nephews.

He was preceded in death by his parents, Herbert and Florence Kelly; and brother, Henry "Hank" Clyde.

Graveside services will be held at 11 a.m. on Wednesday June 16, 2021, at Middlefork Cemetery in Clinton County with Clifford Kelly officiating. Stout & Son Funeral Home has been entrusted with arrangements. Messages of condolence may be left online at www.stoutandson.com

Published by The Times on Jun. 15, 2021.
To plant trees in memory, please visit the Sympathy Store.
MEMORIAL EVENTS
Jun
16
Graveside service
11:00a.m.
Middlefork Cemetery
IN
MEMORIES & CONDOLENCES
1 Entry
Ernie I am sorry for your loss. Prayers for you and your family.
Sue Grant
Friend
June 15, 2021
Showing 1 - 1 of 1 results