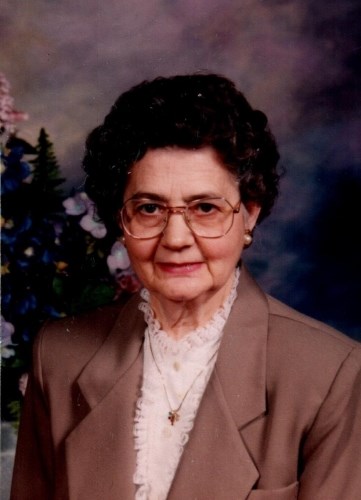 Hildred graduated from Dayton High School in 1950. She was known as a workaholic and had worked for Wal-Mart, Crellin Plastics, and Unilectric. She was a member of Gloria Dei Lutheran Church in Mulberry and a 50-year member of the Order of the Eastern Star Clinton County Chapter #6.

In her free time, she enjoyed cleaning and loved cooking, gardening and playing with her grandchildren and great-grandchildren.

In addition to her husband, James, she is preceded in death by her parents; brothers, Cletis, Royce, Eugene and Richard Smith; half-sisters, Unice Smith and Phyllis Brooks; half-brothers, Hubert and Herbert Smith; and great-grandchild, Tyra Mattingly.

Visitation will be held from 1 p.m. until the start of the funeral service at 3 p.m. on Saturday, Sept. 4, 2021, at Genda Funeral Home in Frankfort with Pastor Kate Crecelius officiating. Burial will follow in St. Luke Cemetery in Frankfort.

Memorial contributions may be made in Hildred's honor to the American Diabetes Association, 8604 Allisonville Road, Suite 140, Indianapolis, IN 46250.

Online condolences may be directed to www.gendafuneralhome.com