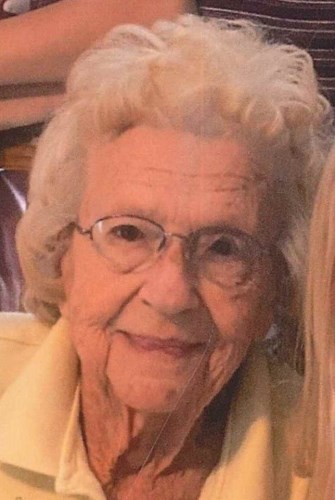 Irene attended school in Beard and graduated from Michigantown High School in 1948. She was a homemaker, and she and Babe owned/operated Davis Fence Co. in Michigantown. Irene was known by many as the queen of "Frogtown." She was a longtime member of Michigantown United Methodist Church. She enjoyed sewing, golf, bocce ball and bowling, and loved playing video poker and traveling with her daughter and son-in-law in their motorhome.

She was preceded in death by her parents; husband; brothers, Reldo, Garland and Harley Ridenour; sisters, Audrey Meadors and Maxine Sproal; a great-granddaughter and a great-grandson.

Visitation will be from noon until the time of service at 2 p.m. Wednesday, Sept. 15, 2021 at Goodwin Funeral Home, 200 S. Main St., Frankfort. Funeral services will follow at 2 p.m. at the funeral home. Burial will be in Green Lawn Memorial Park. Memorial donations may be made in Irene's honor to the Alzheimer's Association, 50 E. 91st Street, Suite 100, Indianapolis, IN 46240.

Please visit goodwinfuneralhome.com, where you may share a message with the family.