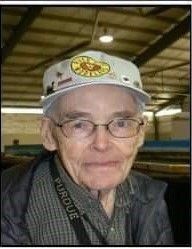 James F Haley peacefully passed away on July 18, 2021. He was born on Sept. 23, 1924, in Indianapolis, to F. Garland and Lucy Haley, both licensed Pharmacists. He graduated from Lafayette Jefferson High School. Poor eyesight and a heart murmur kept him from joining the service in World War II, so he went to work at the Alcoa Aluminum plant. This plant provided materials vital to the war effort. Years later, he went to work at Kirby Risk Distribution and Service as an electric motor repairman. There he met the love of his life, Betty Lou Lundy. They were married and settled in Lafayette in 1966. On that day, not only did James become a husband, but a father to three boys, Wil age 8, Charles age 6 and Kelly age 4, who he adopted as his own. James and Betty welcomed a daughter, Jennifer in 1968.

James retired from Kirby Risk in 1987 after 38 years and later went to work as a driver for a farm fertilizer company. James and Betty moved to Spokane Washington in 1997.

James was an avid member of the Lafayette Archery Club and led two Boy Scout Webelo's dens as well. His favorite hobbies were trains and model railroads. In his young adult life, he was always "chasing trains" with his lifelong friends, Doug Frost and Rowland "Smitty" Smith. He was an active member of the river City Modelers in Spokane, where he spent many happy hours building the club's spacious layout and running his favorite trains. Even up to the end of his life, he could look at a train locomotive or passenger car and tell you everything about it.

James was preceded in death by his parents; his brother, George; his wife, Betty; and numerous friends and family. He is survived by his children, Wil, Chuck (Barbara), Kelly and Jennifer (James Morris), seven grandchildren and seven great-grandchildren.

In his later years, he found joy and companionship with Margaret Clark of Spokane.

A celebration of life will be held at 2 p.m. Sept. 18, 2021 at Stockwell United Methodist Church.