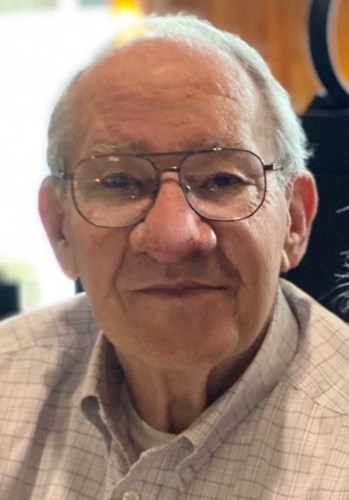 Jerry V. Fields, 75, a former longtime Clinton County resident, died Aug. 29, 2021 at Northwest Health Porter Hospital, Valparaiso. He moved to Valparaiso over 10 years ago. He was born March 23, 1946 in Frankfort to the late Edgar and Rebecca (Weaver) Fields. He married Linda Jackson on Feb. 14, 1965 at Normanda Christian Church, and she survives.

Jerry was a 1964 graduate of Clinton Central High School with his high school sweetheart, Linda. He had worked in finance and sales for Ray Rudd and A & M John Deere Farm Center, retiring Nov. 30, 2016. He was a former member of the Kempton Masonic Lodge and an honorary member of Pi Kappa Phi Fraternity.

He was preceded in death by his parents, sister, Nancy Fields Swem, and three brothers-in-law, Bill McQuinn, Max Hillis and Roy Catron.

Visitation will be 1-3 p.m. Wednesday, Sept. 1, 2021 at Goodwin Funeral Home, 200 S. Main St., Frankfort. Funeral service will begin at 3 p.m., officiated by Karl Kercheval, at the funeral home. In lieu of flowers, the family would like donations in Jerry's memory to The American Heart Association, The American Lung Association, or the Clinton County Humane Society. Envelopes will be available. Please visit goodwinfuneralhome.com, where you may share a message with the family.