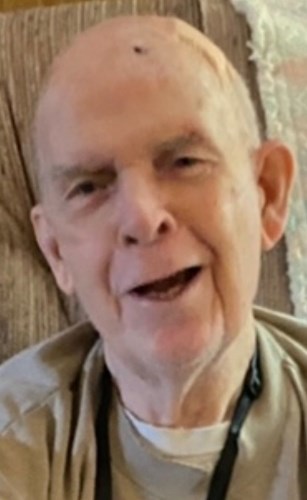 Larry attended Frankfort High School and was a lifelong Frankfort resident. He was a veteran of the U.S. Navy, serving from 1955-1959. He had worked at Peter Paul for 22 years and then Zachery Confections for 22 years before retiring. Larry enjoyed bowling, and hunting, being outdoors, working in his yard, garden and with flowers. He was known as a hard worker and loved spending time with family.

In addition to his parents and spouse, he was preceded in death by six brothers, Robert, Ralph, Russell, Ray, Richard and Donnie; three sisters, Margaret Larimore, Genevieve Bushman and Carolyn Brittain; and one great-grandchild, Mason Stillwell.

Graveside services will be 3 p.m. Saturday, Aug. 21, 2021 at Bunnell Cemetery. Mark Sanders will officiate. Goodwin Funeral Home, 200 S. Main St., Frankfort is assisting the family with arrangements. Memorial donations may be made to American Heart Association or Clinton County Humane Society, envelopes will be available. Please visit goodwinfuneralhome.com, where you may share a message with the family.

Published by The Times on Aug. 19, 2021.
To plant trees in memory, please visit the Sympathy Store.
MEMORIAL EVENTS
Aug
21
Graveside service
3:00p.m.
Bunnell Cemetery
IN
Funeral services provided by:
Goodwin Funeral Home
MAKE A DONATION
Please consider a donation as requested by the family.
MEMORIES & CONDOLENCES
Sponsored by Goodwin Funeral Home.
1 Entry
Brian,
So very Sorry to hear of the passing of your Father Our thoughts and Prayers are with you and your family. Mark and Patty.
Mark and Patty Albert
Friend
August 20, 2021
Showing 1 - 1 of 1 results