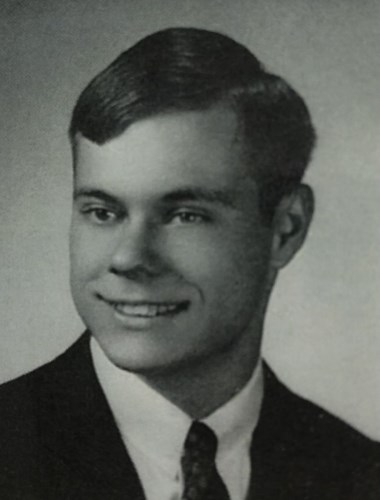 William Christ Minnich Jr., age 71, passed away in the early morning hours of Sept. 23, 2021 at Milner Community Health in Rossville, where he had resided since suffering a debilitating stroke in January 2020.

Bill was born Sept. 15, 1950 in Washington, Indiana to William and Doris (Goetsch) Minnich. The oldest of three children, he spent his childhood in Linton until the family moved to Fond du Lac, Wisconsin in October of 1964. Bill was a 1968 graduate of Fond du Lac's Goodrich High School where he was a star baseball player.

Bill proudly served his country in the U.S. Army from 1970-72 and was stationed in West Germany. After completing his service, he graduated from the University of Wisconsin-Eau Claire with a teaching degree in History. The majority of his career in education was spent at Goodrich High School where he was employed for over 30 years. During the summer months, Bill could be found at the ball diamonds umpiring hundreds of baseball and softball games every season. His dedication and umpiring excellence were recognized by the Fond du Lac Softball Association when he was inducted into the Fond du Lac Softball Hall of Fame.

In 2005, Bill moved to Frankfort, Indiana where he continued to umpire softball. He soon met and fell in love with Kim Lambert whose enduring companionship made his life brighter. Bill looked forward to playing Santa each year at TPA Park with Kim by his side as Mrs. Santa or the Polar Bear. He also volunteered every holiday season ringing the bell for the Salvation Army. A clown and jokester who loved challenging his nieces to a game of tiddlywinks, Bill was an avid baseball, football, basketball and hockey fan with a head for stats and dates. He enjoyed following the Milwaukee Brewers, Green Bay Packers, Milwaukee Bucks, University of Wisconsin sports, singing karaoke, writing letters to keep in touch with friends and loved ones, and spending time with Kim and his family. Bill's favorite songs to sing at karaoke were Take Me Out to the Ballgame, Downtown, and These Boots are Made for Walking, which he enjoyed singing with Kim.

He is survived by his brother, Fred (Loretta) Minnich of Michigantown; nieces, Jennifer Minnich of Michigantown and Rebecca Pritchett of Round Rock, Texas; grand-niece, Vienne Pritchett of Round Rock; uncle, Fred Goetsch Jr. of Indianapolis; aunts, Dorothy Reid of Alexandria, Virginia, and Nancy Minnich of Allen, Texas; girlfriend and cherished partner Kim Lambert of Rossville, as well as many cousins and good friends.

In addition to his parents, uncles Col. John Reid and Capt. Edward G. Minnich Sr., and aunt Mary Lou Minnich, Bill was preceded in death by his sister, Joyce Minnich, on Jan. 26, 1979.

Bill's funeral will be held at 2 p.m. Tuesday, Oct. 5, 2021 at Goodwin Funeral Home, 200 South Main St., Frankfort, IN 46041. Visitation will be 1-2 p.m. followed by the funeral service. Interment with Military Rites will be in Whiteman Cemetery, Michigantown after the funeral. All times listed are EDT. In lieu of flowers, memorial donations in honor of Bill may be made to Clinton County Parkview Home, 1501 Burlington Ave., Frankfort, IN 46041.