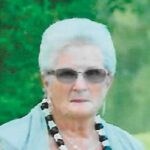 Loving mother, grandmother, great grandmother, sister, sister-in-law, and aunt, Brenda Elizabeth Gilley of Karnes City went home to be with the Lord on August 10, 2021 at the age of 78.

Brenda was born in Gaffney, S.C. on February 26, 1943 to Mary E. Russel. She worked for HEB for 25 years starting in San Antonio, TX and retiring in Kenedy, TX. She was currently volunteering at Otto Kaiser Memorial Hospital with the Pink Ladies. As a member of First Baptist Church of Karnes City she worked with children in Vacation Bible School and other programs.

Brenda will be missed here on earth for now, but she is finally home with her Lord and with Johnny she missed so much. Praise the Lord!

Published by The Gaffney Ledger on Aug. 18, 2021.
To plant trees in memory, please visit the Sympathy Store.
MEMORIAL EVENTS
To offer your sympathy during this difficult time, you can now have memorial trees planted in a National Forest in memory of your loved one.
Funeral services provided by:
Rhodes Funeral Home - Karnes City
MAKE A DONATION
MEMORIES & CONDOLENCES
Sponsored by Rhodes Funeral Home - Karnes City.
0 Entries
Be the first to post a memory or condolences.