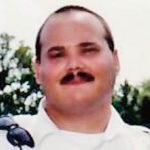 Blacksburg, S.C. - On October 31, 2018, Joshua Taylor Collins passed away unexpectedly at his home. Josh was 51 years old and had lived in Blacksburg, SC for most of his life.

Josh left behind the biggest pieces of his heart, his 3 children; Heather Michelle Collins- Fred and Wesley, Hannah Collins Waddell- Steven, Jurni, Jax, and Jett, and Jack Joshua Collins (J.J.), sisters, Jill Collins Beam and Randy, Janie Collins Allen and Chris, Jenny Collins Stroupe and Dennis, Joy Collins Thayer and Frankie, and Julie Collins Atkinson, a multitude of nieces and nephews, and more friends than most can count. He was loved by so many including the mothers of his children Beth Brown and Denise Collins, David Roark and family, Bud Killian, Ben Bennett, and his good buddy Da Roark, who he worked crossword puzzles with almost daily.

Josh's heart was first broken when he lost his father, Jackie Collins, then his mother, Anita Collins, a few short years ago. He is also preceded in death by his grandparents Jack and Bonnie Collins and Jack Roberts.

Josh was the oldest of Jackie and Anita's 6 children and was the only boy, leaving the ultimate responsibility of aggravating his sisters on his shoulders. Josh graduated from Blacksburg High School in 1985 and attended Clemson University. He worked as a paramedic for many years and owned Collins Construction and Moving Company. Josh also enjoyed working with his father at Blacksburg Hardware. He had a true passion for helping people, no matter their stature, he treated every person equally. Josh was known as a problem-solver, but it had to be done his way and in his time. He could fix anything with enough time and his own unique engineering - he was quite a genius in many things.

Josh loved to read and research. His room was filled with gigantic, thick books on every subject known to man but he especially loved science fiction. He loved any Quinton Tarantino movie, and Lonesome Dove was his all-time favorite. He lived by "Gibbs rules" from NCIS and could tell you which rule you were breaking at any given time. Josh also was a collector of anything that was thrown on the roadside- your junk was his treasure (a trait he got from his Dad). Josh's most favorite food was ice cream and he will always be remembered as the perfect "Magic Milk Maker" to his nieces. He could make up a song (a trait he got from his Mom) in the blink of an eye that was pertinent to any situation and make everyone around laugh! His favorite song was "The Spirit of Christmas" by Ray Charles and he would sing it to the top of his lungs during any given season. Josh loved his family and loved his friends and if you knew him you knew how big his heart truly was. What a guy that will be greatly missed by so many.

The family will be at the home of Dennis and Jenny Stroupe, 203 W. Pine Street, Blacksburg. An online guest register is available at www.blakelyfuneralhome.com.

Published by The Gaffney Ledger on Nov. 2, 2018.
To plant trees in memory, please visit the Sympathy Store.
MEMORIAL EVENTS
Nov
3
Visitation
12:30p.m. - 2:00p.m.
Blakely Funeral Home & Crematory
1047 Chesnee Highway P.O. Box 850, Gaffney, SC
Nov
3
Memorial service
2:00p.m.
Blakely Funeral Home & Crematory
1047 Chesnee Highway P.O. Box 850, Gaffney, SC
Funeral services provided by:
Blakely Funeral Home & Crematory
MAKE A DONATION
MEMORIES & CONDOLENCES
Sponsored by Blakely Funeral Home & Crematory.
2 Entries
Josh, you will be missed more than words can ever say or express, It is hard to not want you back here but that is selfish. You are in a beautiful place now like we talked about the last time I seen you. I will miss you and Lynn said she will to, we both love you very much Josh Collins.
You taught me so much and I loved all the conversations we had about so many things that you made me aware of or think about. You will never be forgotten. Connie and Lynn
Connie Peterson
November 12, 2018
Im so sorry for your lost Ill keep all of you in my prayers
Sheila Camp
Friend
November 1, 2018
Showing 1 - 2 of 2 results