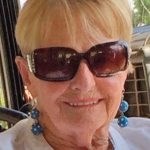 Gaffney, S.C. - Marjorie Jones Smith Wallace, 91, formerly of Richardson Street, went home to be with the Lord on Sunday, April 26, 2020 at Peachtree Centre.

Born in Blacksburg, she was the daughter of the late Walter Clyde Jones and Rachel Webber Jones. She was a graduate of Blacksburg High School, attended Lander College and taught art at the Gaffney Day School and taught private lessons in Clinton, Gaffney and Blacksburg for 60 years. She was a member of Buford Street United Methodist Church. She loved her family, art, animals, especially her dog "Sassy", the outdoors and beach, flowers and decorating.

Memorial services will be held at a later date.

In lieu of flowers memorials may be made to: Buford Street United Methodist Church, 120 E. Buford Street, Gaffney, SC 29340.

The family will be at their respective homes.

An online guest register is available at www.blakelyfuneralhome.com

Published by The Gaffney Ledger on Apr. 29, 2020.
To plant trees in memory, please visit the Sympathy Store.
MEMORIAL EVENTS
To offer your sympathy during this difficult time, you can now have memorial trees planted in a National Forest in memory of your loved one.
Funeral services provided by:
Blakely Funeral Home & Crematory
MAKE A DONATION
MEMORIES & CONDOLENCES
Sponsored by Blakely Funeral Home & Crematory.
3 Entries
I am saddened to hear of Ms. Wallace's passing. I took private painting classes of hers for several years and had great respect for her talent as well as her ability to impart her knowledge to others. I had not seen Ms. Wallace for many years, but always thought of her fondly. I always will.
William Hughes
May 1, 2020
I am sorry to hear about Marjorie's passing although I know she lived and long fulfilling life. I knew her through her painting classes & she was always patient & sweet. I know she was loved and will be missed very much.
Marjorie Hawthorne
April 30, 2020
You are very missed by all .I know you are painting all the beautiful things in heven ...R.I.P.
Sandy Leonard
April 29, 2020
Showing 1 - 3 of 3 results