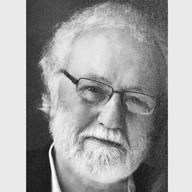 One of our colleagues once half-teased Andre about being a hippy. Andre chuckled and admitted there was something to it. Well, Andre had all that was best about the hippies: tolerant, easy-going, informal, truly humane. I will miss him deeply - what a wonderful and terrific guy!