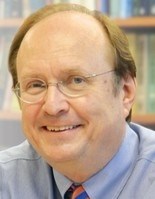 Hartmut Derendorf, Ph.D
Hartmut Derendorf, Ph.D. passed away unexpectedly Nov. 23, at the age of 67. His distinguished and remarkable professional career is beautifully highlighted on the UF College of Pharmacy website. However, his impressive curriculum vitae is only one side of the person who left us too soon. Hartmut was the embodiment of the American dream. Having come from Germany, he fashioned a notable academic career at the University of Florida. He took basic principles seriously by contributing to both his profession internationally and our community locally for the greater good. He insisted that his international students communicate in English. He spoke passionately on the virtues of finding a home in a new country at the annual Thanksgiving celebrations hosted at his home. These dinners often included students, trainees and friends from 10 or more countries. He loved being an American without ever forsaking his roots. He regularly read der Spiegel, diligently recorded and collected Tatort and other German TV dramas, and rooted for his beloved Dortmund soccer team so vigorously that one newspaper wrote about him and his BVB09 license plate.
Hartmut lived with a guiding philosophy of bringing people together. He built a cross-cultural exchange that kept him jetting from continent to continent, sometimes being able to only stop in a town for a few hours before meeting his next commitment. He accumulated nearly five million frequent flyer miles along the way. Hartmut delighted in sharing travel experiences with his family, bringing his children to Germany, to spend time with family, see history, hike, attend sporting events, and experience real beer at Oktoberfest or real red wine in Italy, or real Champagne in France.
Hartmut enjoyed both live rock-&-roll and live classical music concerts with equal enthusiasm. He actively supported his wife's involvement with the Gainesville Orchestra. His son, Kevin, learned an appreciation of cinema from Monty Python and National Lampoon to David Lynch and Werner Herzog; while his son, Karsten, inherited his appreciation for V8 engines and fierce sports loyalties. Despite his best efforts, neither son carried on his love for stamp collecting. But his sons are actively building their own collections of memorabilia, so perhaps collecting and organizing is genetic. Hartmut was most proud that both of his sons are building on the legacy of kindness, networking, energy and communication that he inspired. Hartmut's darling granddaughter, Miller already demonstrates these admirable qualities.
Hartmut was an outstanding researcher, professor, and mentor, but he was also a phenomenal husband, father, brother, uncle and grandpa. He will be missed. Hartmut is survived by his wife of 38 years, Kerry Estes of Gainesville, FL; his sons, Kevin (Amanda) Derendorf of Princeton, NJ and Karsten (Candice) Derendorf with his granddaughter Miller of Gainesville, FL. Hartmut's very dear family in Germany includes his sister, Dagmar Derendorf-Johannsen (Hartmut), their daughters and many loving cousins. He is also survived by an extensive network of colleagues, students, trainees and friends whose lives are better because they knew him.
Plans for a memorial service will be made after COVID-19 public health safety issues are no longer a concern. In lieu of flowers, contributions can be made to one of two organizations that Hartmut cared deeply about, the University of Florida College of Pharmacy and/or the Gainesville Orchestra.
To plant trees in memory, please visit our Sympathy Store.
Published by Gainesville Sun from Dec. 1 to Dec. 2, 2020.
MEMORIAL EVENTS
No memorial events are currently scheduled.
To offer your sympathy during this difficult time, you can now have memorial trees planted in a National Forest in memory of your loved one.
MAKE A DONATION
MEMORIES & CONDOLENCES
Sponsored by Gainesville.com.
1 Entry
My condolences to his family. It was an honor to know him.
Rae Jesano
Coworker
December 5, 2020
Showing 1 - 1 of 1 results