Gainesville - Jean Robert Buchler, Emeritus Professor of Physics at the University of Florida, passed away on Tuesday, October 16, 2012.

He published more than 200 articles in scientific journals in English, French and even Latin. Early in his career, he made seminal contributions to understanding the mechanism which produces supernovae, the brightest objects in the sky. Later he turned his energy to the study of pulsating stars and fluid dynamics. He was an enthusiastic teacher, especially in developing and using lively demonstrations to illustrate important physics concepts to undergraduates.

An avid traveler, a connoisseur of fine cuisines and wines, Robert was a man of many interests ranging from playing the flute, to hiking, bicycling and flying airplanes. He will be sorely missed by his family, friends and colleagues in the physics and astronomy departments.

He is survived by his wife of 41 years, Danièle; sons, Nicolas (Gisela), Norbou (Emily) and Yasha; granddaughters, Eloise, Natasha and Beatrice; his mother, Emma Buchler; and his brother, Guy Buchler. He was preceded in death by his father, Lucien Buchler.

A celebration of life service will be held on Sunday, October 21, 2012 at 10 a.m. at the Baughman Center on the campus of the University of Florida. The family asks that, in lieu of flowers, contributions be made to the Department of Physics, with "in memory of Robert Buchler" written on the check and sent to: Chair, Dept. of Physics, P.O. Box 118440, Gainesville, FL 32611. These contributions will be used to support "Physics is Fun" demonstrations at local schools.

Published by Gainesville Sun from Oct. 19 to Oct. 20, 2012.
To plant trees in memory, please visit the Sympathy Store.
MEMORIAL EVENTS
To offer your sympathy during this difficult time, you can now have memorial trees planted in a National Forest in memory of your loved one.
MAKE A DONATION
MEMORIES & CONDOLENCES
14 Entries
This man helped me so much when I was an undergraduate at UF. When I went to other physics departments around the country Prof. Buchler was the one from Florida people seemed to know.
Doug Barlow
August 12, 2013
I just learn his death, i have very good memories about working and Talking with him during ouf scientific worls . I Will always remenber him as a great scientist and quite a remarkable individual. Rest in peace, Serre Thierry
Thierry Serre
April 21, 2013
Dear Daniele,

So sorry about Robert. I have fond memories of our hike in Aspen last summer.
Clare Yu
December 30, 2012
Danielle: I am sorry to hear of Robert's passing. He was a great scientific colleague and I enjoyed our conversations. My condolences. Paul Bradley
October 30, 2012
Danielle, we fondly remember dinners with you and Robert in Rustique. Dave and Bette Arnett
October 29, 2012
Chere Daniele,
Toutes mes meilleures pensees. De tout coeur.
Mimi Bourven
October 25, 2012
Daniele,

My thoughts are with you. Robert was always full of humor and a great person to work with. He will be missed.
Jay Onifer
October 24, 2012
All below listed former school colleagues from Robert learned with great sadness that Robert passed away much too early. Robert was one of the best of us, as he proved himself through his degrees and remarkable university career. We are not surprised that he even published articles in Latin, but rather by his sports activities. We shall keep him all in best memory. 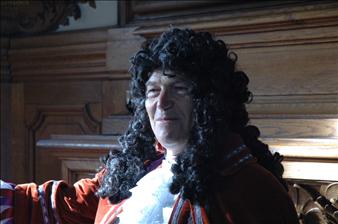 Our thoughts are with you. Robert was so much fun - he had a love of life that made those around him enjoy more.