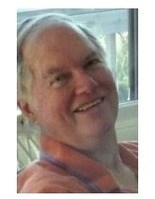 BORN
1937
DIED
2021
FUNERAL HOME
Milam Funeral and Cremation Services
311 South Main Street
Gainesville, FL
Warren Nelms
Gainesville - Warren B. Nelms, 83, passed away on May 16 while residing at Oak Hammock at the University of Florida in Gainesville. Warren was born on July 31, 1937 in Frostproof, FL, to Morris and Imelda Nelms. He grew up in an orange grove in Lakeland. He graduated from Lakeland High School in 1955.
He is survived by his wife, Patsy; son, David; daughter, Sandy Moore; grandchildren, Bradlee, Dan, and Steven Nelms and Shannon and Jason Moore; and great granddaughter: Luna Nelms.
Warren earned his Bachelor's degree in Electrical Engineering from the University of Florida and His Master's of Business Administration from the University of Pittsburgh. At the University of Florida, Warren played the trombone in the band and was the drum major his senior year. He ran the sound and light system for many of the performances at the university. He married his wife, the former Patsy Flanagan, at the Wesley foundation, in 1958, between his junior and senior year.
Warren served in the Army in ordnance at Aberdeen Proving Grounds in Maryland. He worked for Westinghouse, ultimately as district engineer in Florida. He was the Westinghouse District Engineer of the Year and Florida West Coast Engineer of the Year. He established Computec, a company that developed equipment such as the Watt Counter for educating the public about energy usage. An institute in his name has been established in the College of Engineering at the University of Florida.
Upon retirement, he took charge of building his and Patsy's award-winning energy efficient home, Tree Cove, on Lake Church in Keystone/Odessa. He was the President of the Keystone Park Civic Association, on the Tampa Bay Regional Planning Council, and chairman of the board at Keystone Methodist Church in Odessa. He sang and was a soloist in the choir there.
Warren has donated his body to the UF Anatomical Society. When his ashes are returned in a year, they will be sprinkled at Bird Island, an ancient Indian burial mound in the Gulf, owned by the family.
In lieu of flowers, donations may be sent to the Oak Hammock Benevolent Fund, 5100 SW 25th Blvd, Gainesville, FL 32608. Arrangements are in the care of MILAM FUNERAL AND CREMATION SERVICES 311 S. Main Street Gainesville, FL 32601 (352) 376-5361 www.milamfh.com

To plant trees in memory, please visit our Sympathy Store.
Published by Gainesville Sun from May 17 to May 23, 2021.
MEMORIAL EVENTS
No memorial events are currently scheduled.
To offer your sympathy during this difficult time, you can now have memorial trees planted in a National Forest in memory of your loved one.
Funeral services provided by:
Milam Funeral and Cremation Services
MAKE A DONATION
MEMORIES & CONDOLENCES
Sponsored by Gainesville.com.
3 Entries
I am saddened to learn of Warren's passing. He and Patsy were good friends while we were undergraduates at UF. As an engineer, his life counted for society and his family.
Ron Rasmussen
School
June 24, 2021
My thoughts and prayers for the family. Sandy I worked with you at GRU. I am very sorry to hear about your Father. May you be comforted by His Love.
Karen Alford
Coworker
May 21, 2021
Warren was way ahead of his time, both personally and professionally. It was my privilege to know him. He will be sorely missed.
Bill Castine
Friend
May 17, 2021
Showing 1 - 3 of 3 results