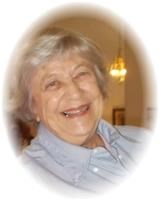 Mrs. Scott is preceded in death by her parents and her husband of 52 years, Frederick Lewis Scott. She met her husband at WCSTC after his return from serving in the U.S. Army in both the European Theater and the Pacific Theater during WWII. They were married Aug. 27, 1949, in Philadelphia, Pa.

Mrs. Scott enjoyed camping with her husband and three daughters on Long Island, New York, Maine and Canada. They also were able to camp across the country every summer from 1959-1970, visiting many of our national parks. After the girls were in college, she and her husband traveled to Hawaii, Cancun, Jamaica and parts of Europe - 10 countries in six weeks - camping along the way. They wintered for years at Outdoor Resorts, Long Key, Fla.

Growing up, Del enjoyed Girl Scouting, later becoming a camp counselor, and then a troop leader in Northport. After leaving Northport in 1978, she and Fred moved to Cookeville, Tenn., where they volunteered at the local PBS-TV station (WCTE, Channel 22), helping with the annual auction and donating some of her paintings for the auction. She also sang in Mastersingers, and was a few months shy of becoming a charter member. They attended First United Methodist Church of Cookeville, and sang in the choir. While living in Northport, they attended the First Presbyterian Church of Northport, and later Centerport United Methodist Church. In 2013, Mrs. Scott moved to Smoky Springs in Gainesville, Ga., where she enjoyed living until her death. She often remarked how it was like living in a college dorm! She so enjoyed the people and the many activities and outings.

Mrs. Scott was an avid painter, favoring Tennessee and the Florida Keys landscapes. She entered her paintings in the Putnam County Fair (Tennessee) every year, winning many ribbons. Gardening was another favorite pastime, both indoors and out. African violets were her specialty.

Survivors include her daughter and son-in-law, Jackie and Michael Stewart of Oakwood; daughter, Margie Scott of West Palm Beach, Fla.; son-in-law, Mark Forrest of West Palm Beach, Fla.; and daughter and son-in-law, Wendy and Larry Richardson of Naples, Fla. Grandchildren include Rusty and Kristi Stewart of Gainesville; Lindy and Josh Woodruff of Washington, D.C.; Amy Forrest of Lake Worth, Fla.; Laurie and Travis Harrer of Bend, Ore.; Melissa and Ben Rounds of Dallas, Texas; and Lauren and Jared Odor of Naples, Fla. Great-grandchildren include Seth and Ellie Stewart; BJ, Cady, and Charlie Woodruff; Jacob and Joshua Rounds; and Avery Odor. She is also survived by her brother and sister-in-law, Vic and Edna Tees of Audubon, Pa., as well as several nieces and nephews.