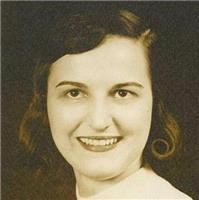 BORN
1937
DIED
2021
Marian Hawk Reedy
Marian Hawk Reedy, 84, died on November 14, 2021, at Piedmont Medical Center in Rock Hill, SC after a brief illness. The cause of her death is unknown at this point. Marian was born on August 30, 1937 in Conway, AR to Brinkley and Ellen Irby Hawk, and was the youngest of their five daughters. She attended Conway Public Schools from the first grade through high school graduation. She was a beautiful child with long, dark brunette hair, that fell to her waist. She was an intelligent, dedicated student.
Her friends and family will remember her as someone who was always very intentional, self-reliant, hard-working and highly effective at whatever objective she chose. She was a loving, caring, generous individual who was an excellent listener. These strengths made her very effective at encouraging and supporting others. She married James (Jim) Opie Reedy the son of Tom and Noreen Graham Reedy of Faulkner County, AR in 1955. On their wedding day, Marian packed her belongings into a duffle bag and they rode the bus to Kokomo, IN - where they moved for high-paying factory jobs. They literally started with nothing, and worked hard to make a fine life together. In the late 1960s, Jim worked directly for Sam Walton, as the first soft-goods buyer, when Walmart was a very small, private company. Marian supported his long working hours during his early career, as a stay-at-home mother. Marian and her family moved to Gainesville, GA in 1968 to open a new business: Gibson's Big G Discount Centers. They operated that business for 22 years. At its peak, the company operated five stores and provided over 500 jobs. Marian worked as a buyer for the retail business. She also worked for five years as a representative of the National Federation of Independent Business (NFIB) which is an organization that advocates for small business. Marian was passionate about this work, and cultivated friendships all over northeast Georgia. She was a sales leader who achieved top-tier performance at NFIB. After 35 years of marriage, Jim and Marian divorced. As a result of being apart, they both became wiser and were able to reconcile. As a dear minister counseled them: "The State of Georgia said that you were divorced. But, God never recognized that divorce. You have always been married." She lived in Gainesville for 39 years, and always considered it "home". Marian valued her close friendships there and stayed in touch over the years. She relocated to Park Pointe Village (an Acts continuing care retirement community) in Rock Hill, SC. She has lived at Park Pointe for the past 14 years and cultivated numerous close friendships there.
Marian grew up in the Southern Baptist Church. As an adult, she became a Presbyterian. Her faith was always a central part of her life. She was preceded in death by her parents, husband, and four sisters: Margaret Ann King, Bettie Harrison, Dorotha (Dot) Hawk, and Maxine Sims. She is survived by two children: Jeffrey Linn Reedy of Gainesville, GA and Susan Leigh Reedy of Rock Hill, SC. And, by three grandchildren: Sarah Linn Pepper, Gailey Ann Reedy, and John Chandler Reedy, all residents of Georgia.
Because Marian was from a family of five siblings and Jim from a family of eight siblings, she is also survived by a large number of nieces and nephews. The family expresses appreciation to the staff members of Park Pointe who have served Marian well for 14 years. A memorial service was held at 3:00 p.m., Wednesday, December 1, at the third-floor Community Room, Acts - Park Pointe Village, 3025 Chesbrough Blvd, Rock Hill, SC 29732. In lieu of flowers, the family suggests that you make a memorial contribution to either of these charities: Acts Employee Catastrophic Fund, Acts Legacy Foundation, PO Box 2222, Fort Washington, PA 19034-2222, https://www.actsretirement.org/acts-benevolence/acts-legacy-foundation-ways-to-give/support-acts-legacy-foundation/; or SISU, PO Box 5758, Gainesville, GA 30504-5758, https://www.mysisu.org/donate-now/. Note: SISU is an integrated early learning center, formerly known as: Challenged Child and Friends.
The Times
December 1, 2021
Published by gainesvilletimes.com on Dec. 1, 2021.
To plant trees in memory, please visit the Sympathy Store.
MEMORIAL EVENTS
Dec
1
Memorial service
3:00p.m.
third-floor Community Room, Acts - Park Pointe Village
3025 Chesbrough Blvd, Rock Hill, SC
MAKE A DONATION
MEMORIES & CONDOLENCES
1 Entry
Marian was my dear friend for over 35 years. We had not communicated much this past year; so I am saddened & shocked to hear of her passing. I will miss our lunches when she visited Gainesville & our many phone visits over the years. We shared many laughs & she always advised me well.

I loved her & will cherish our friendship. Condolences to the family.