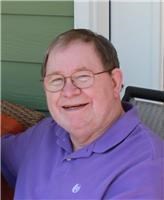 BORN
1944
DIED
2021
FUNERAL HOME
Memorial Park North Riverside Chapel
989 Riverside Drive
Gainesville, GA
Pat M. Battle
Pat M. Battle, 77, of Gainesville, passed away Thursday, September 16, 2021 at his home after a long battle with Multiple Sclerosis. He was born on April 4, 1944 in Houston, Texas to Orrin and Laura Battle. Pat attended Duke University, LSU, and Emory Dental School. He went on to a career with the United States Army, where he eventually retired after 20 years of service at the rank of Colonel. Additionally, he served as the long-term Chief Dentist at the Veterans Administration in Gulfport/Biloxi, MS. After retirement, he moved to Gainesville, where he lived for 15 years prior to his passing. In addition to his parents Orrin and Laura Battle, Pat M. Battle was preceded in death by his brother, Orrin "Dutch" Battle and nephew Eric Battle. He is survived by his wife, Connie Battle, brother and sister-in-law Byron and Margarita Battle, 3 sons and spouses Jeffrey and Julie Battle, Jason and Laura Battle, and Jesse and Tiffany Battle. He is also survived by and was very proud of his seven grandchildren: Jordan Battle, Dalton Battle, Reid Battle, Drew Battle, Brett Battle, Alexis Battle, and Nicholas Battle. In addition, he is survived by his nephew Lars and nieces Reagan and Lindsey. Dad was a fanatical fan of Duke basketball, the New Orleans Saints, and the New York Yankees. Upon retirement, it was very seldom that he missed watching those teams play. But especially in his later years confined to a wheelchair and bed, he enjoyed hearing about his grandchildren's school and sports accomplishments. Known as Paw Paw, he took great pride in emailing his friends about the successes of his grandchildren! Dad enjoyed a simple life in retirement. From Jeff: I was extremely lucky to have him live in the house beside me for 15 years. We enjoyed afternoon and weekend visits sipping cheap wine and bourbon! From Jason: Dad didn't have a mean bone in his body. He truly was the nicest man I have ever known, and I'll miss him greatly. From Jesse: As a child I'll always remember him jogging in the morning, walking through the door after work, and playing basketball with me. Now as an adult I've cherished those times we've gotten to just sit and talk and laugh. If you were ever lucky enough to spend time with our dad, you would quickly learn what a kind and genuine man he was. He was the nicest and most unselfish man we have ever known. Even dealing with the pain of MS, dad always put on a smile for family and friends. While we will forever miss our dad, we are relieved that he is not in pain any longer. We will forever be grateful that Pat Battle was our dad. Dad, we will love you forever and look forward to seeing you again one day. Your sons, Jeffrey, Jason, and Jesse. A Celebration of life is scheduled for 2:00 p.m., Saturday September 25, with visitation beginning at 1:00 p.m., at Memorial Park Funeral Home North. In lieu of flowers, donations can be made to the Multiple Sclerosis Association of America, 375 Kings Highway North, Cherry Hill, New Jersey 08034; [email protected] or 1-800-532-7667. Memorial Park Funeral Home North Riverside Chapel, 989 Riverside Dr. is in charge of arrangements. Send online condolences to www.memorialparkfuneralhomes.com. http://www.facebook.com/MemRiversideNorth
The Times
September 22, 2021
Published by gainesvilletimes.com on Sep. 22, 2021.
To plant trees in memory, please visit the Sympathy Store.
MEMORIAL EVENTS
Sep
25
Visitation
1:00p.m.
Memorial Park North Riverside Chapel
989 Riverside Drive, Gainesville, GA
Sep
25
Celebration of Life
2:00p.m.
Memorial Park North Riverside Chapel
989 Riverside Drive, Gainesville, GA
Funeral services provided by:
Memorial Park North Riverside Chapel
MAKE A DONATION
MEMORIES & CONDOLENCES
Sponsored by Memorial Park North Riverside Chapel.
0 Entries
Be the first to post a memory or condolences.