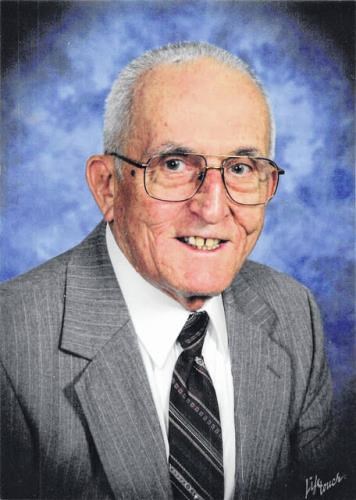 Ed graduated from Crestline High School, Class of 1951. He then proudly served his country for twenty years in the U.S. Air Force as a Senior Master Sergeant, spending a year in Vietnam. He was later employed by Peabody in Galion as the head of accounting. Afterwards, Ed worked at Holcker Hardware in Crestline for thirteen years. Ed was a member of the Trinity Lutheran Church, Crestline. He helped each one of his children build their homes. Ed enjoyed going to casinos, and cherished his time spent with family.

Edward was preceded in death by his sisters, Marie Morrow, Anna Eldridge, and Shirley Perry, and his brother, Harold "Buddy" Perry

Friends may call on Friday, October 22, 2021, from 3:00 p.m. to 6:00 p.m. at Schneider-Gompf Funeral Home, 223 West Main St., Crestline. Funeral services will be held at 10:00 AM on Saturday, October 23, 2021, at Trinity Lutheran Church, 410 North Thoman St., Crestline, with Pastor Diana Seaman officiating. Burial will follow in Greenlawn Cemetery where military honors will be rendered by the U.S. Air Force and the Crestline-Galion Veteran's Military Funeral Detail.

Memorial contributions may be made to Trinity Lutheran Church, Crestline, in care of the funeral home.

Those wishing to share a memory of Ed or send condolences to the Perry family may do so by visiting www.masfh.com.