A beloved father, husband, brother and friend, Fred was born in Paris, Texas on Jan. 21, 1915, son of John Fred and Rosa Mauney Simmons.

After returning home to rural North Carolina in the 1920s, Fred took a keen interest in Scouting, earning 65 badges on his Road to Eagle which he was awarded December 16, 1933. For many years, Mr. Simmons has held the distinction of being the oldest living Eagle Scout in Piedmont Council – an honor he held in high esteem.

A 1933 graduate of Polkville High School, Fred studied architecture and engineering at NC State University. Fred's interest in pioneer aviation led to studies of aeronautics at Aero Industries Technical Institute in Oakland, California. These studies paid off as
Fred joined forces with 3 other pioneer aviators forming The 4 Aces, a flying circus of grassroots barnstormers and wingwalkers. As a tribute to his aviation career, Mr. Simmons name is enshrined on the Wall of Honor at the Smithsonian Air and Space Museum, Washington, DC.

In 1937, Fred married Eunice Mae Sharpe, daughter of Joe and Eula McPherson Sharpe. The couple moved to Charleston, S.C. where Fred worked as Chief Engineering Draftsman in the Naval Yard.

After returning to North Carolina, Fred received his Architectural License #636 in 1949 and began a long and distinguished career with the opening of his own firm, Fred M Simmons, Inc. Architect and Engineers, 924 E. Dixon Boulevard in Shelby. This state of the art office was one of the first air conditioned buildings in the county.

Inspired by the work of Frank Lloyd Wright, Mr. Simmons worked on the cutting edge of architectural design in the 1950s and 1960s. A talented residential and religious designer, he was also a pioneer in the use of pre-stressed concrete in commercial design. Fred's use of pre-stressed concrete in the Sears Building in Gastonia, NC (early 1950s) received regional acclaim. Cleveland County Social Services Building, Cleveland Funeral Services, Maranatha Baptist Church Gastonia, are a few of the designs in his legacy prior to retiring in 2007 at the young age of 92.

Mr. Simmons' public and community services included: Board of Directors for the Polkville Volunteer Fire Department; Cleveland County Chief Engineering and Public works with Civil Defense; Upper Cleveland Little Theater group; past president, fundraiser, and member emeritus of Boiling Springs Rotary Club, recipient of the Paul Harris Fellows award. Fred was a charter member of the 1st Air Squadron of Air Sea Rescue of the US Coast Guard in Charleston, SC. He was a member of the OX5 Club, Vintage Air-craft Association and Experimental Aircraft Association.

Fred was a dedicated member of Ascension Lutheran church where he served on the Church Council, as delegate to NC Lutheran Synod's Worship and Fine Arts Committee and as adult Sunday school teacher for more than 20 years. Mr. Simmons was architect and designer of the fellowship hall addition in the 1970s. 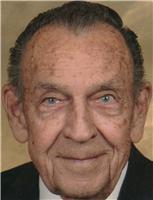 Published by Gaston Gazette on Dec. 11, 2014.
To plant trees in memory, please visit the Sympathy Store.
MEMORIAL EVENTS
To offer your sympathy during this difficult time, you can now have memorial trees planted in a National Forest in memory of your loved one.
Funeral services provided by:
Cleveland Funeral Services Inc
MAKE A DONATION
MEMORIES & CONDOLENCES
11 Entries
Alan Norman
December 19, 2014
Our love and deepest sympathy to a very special cousin. He will forever be missed at family reunions.
Martha Ann and family
December 13, 2014
I was sorry to hear about your father's passing. You, Susie, Kelsey, and Cameron are in my prayers.
Sheila Bareiss
December 13, 2014
My condolences to you and your family, Rika. Thinking of you and keeping you in my prayers.
Debbie Iwabuchi
December 13, 2014
Rika and Susie, I was so sorry to hear of your Dad's passing. He certainly lived life to the fullest and was admired and respected by everyone. May the peace of the Lord be with you now and in the days to come.
Gail Merritt Slate
High Point, NC
December 12, 2014
His air strip was the first I flew out of 30 years ago.He was respected and liked By his flying community.Sorry for your loss.
DELORES SUMMEY and friends at Summey Air Park
December 12, 2014
Fred taught me about life, and aviation. I thought of him as a Father. We have lost a wonderful man.
Bob Cabaniss
December 11, 2014
We are sorry about your dad. Please accept our sympathy. Jack & Betty
December 11, 2014
Rika, Susie, & family: We were sorry to hear about Fred. His was a life well lived. My best to all of you.