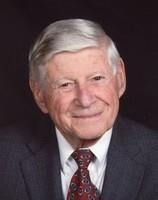 Dr. Donald Paul Gazibara died on September 28, 2021 at the age of 89. He was born January 24, 1932 to Robert and Violet (Zatezalo) Gazibara, the youngest of three children. He grew up in Export, PA where he graduated from Export High School in 1949. Don met his beloved best friend Barbara Koch on a blind date in 1951. They were married in 1957 in Barbara's hometown of Jeannette, PA. Don completed his undergraduate studies at Franklin and Marshall College in Lancaster, PA in 1953. He earned his medical degree at Temple University School of Medicine in Philadelphia, PA in 1957. Don completed his internship at Harrisburg Hospital in Pennsylvania. He served in the Public Health Service in Fort Yates, ND on the Standing Rock Reservation from 1958-1960. He completed his general surgical residency at Bismarck Hospital in Bismarck, ND in 1961. His orthopedic residency was completed 1962-1964 at the Guthrie Clinic at Robert Packer Hospital in Sayre, PA.

Don began his orthopedic practice at The Colorado Springs Medical Center. Don and Frederic Feiler co-founded the medical practice of Rustic Hills Orthopaedics, serving the Colorado Springs community for the next 34 years. The relationships Don developed with his patients, colleagues and medical staff were an integral part of his practice and his connections with the community. During his medical career, Don served as Vice President of the County Medical Society, President of the Colorado Emergency Room Physicians, Director of the Physicians Network Board, the Community Advisory Board and the Development Committee at Beth El College of Nursing. Don was the Chief of Staff at Memorial Hospital in 1989. At the end of his orthopedic career he became the Director of Medical Affairs for the Rehabilitation Center of Colorado Springs. Don retired in January 2000.

Don and Barbara shared a rich and rewarding life together. Along with their three children, they enjoyed extensive world travel and all the outdoor adventures Colorado has to offer. Upon retirement, Don fulfilled a lifelong dream of following in his brother Nick's footsteps by earning his pilot's license. Don's greatest passion was golf, which he played with family and friends as often as possible. He established lasting friendships through his involvement with The Syndicate Investment Club, the Broadmoor Rotary Club, and the Broadmoor Community Church. He was an active member of the church for 57 years serving as moderator, serving on numerous board and committees and singing in the choir. He will always be remembered for his ease in connecting with people, for the friendships he developed wherever he went, and for his infectious smile and laugh.

A memorial service will be held at the Broadmoor Community Church Saturday January 22nd at 2:00 PM. Gifts in Don's memory may be made to the Broadmoor Community Church (315 Lake Ave CSC 80906), Cheyenne Mountain Zoo (4250 Cheyenne Mtn Zoo Rd CSC 80906), Westside Cares (2808 W Colorado Ave CSC 80904).
Published by The Gazette from Oct. 7 to Oct. 10, 2021.
To plant trees in memory, please visit the Sympathy Store.
MEMORIAL EVENTS
Jan
22
Memorial service
2:00p.m.
Broadmoor Community Church
315 Lake Ave., Colorado Springs, CO
Funeral services provided by:
Blunt Mortuary
MAKE A DONATION
MEMORIES & CONDOLENCES
2 Entries
What a happy and adventurous man! Such a pleasure to have known him and Barb. Barb, Don will be with you, in your heart and Sheri and I send our love.
Gary and Sheri King
October 12, 2021
Please accept my condolences for your loss. From his obituary, it's clear your dad was a wonderful man. I know it's difficult to let a dad go. Give Tracey a hug. Love, Susan
Susan Engfer
October 9, 2021
Showing 1 - 2 of 2 results