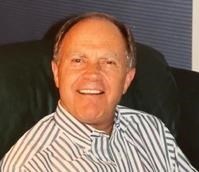 Gerald "Jerry" Henry Renk, 85 of Colorado Springs entered his heavenly home on Nov. 15, 2021. Jerry loved the Lord with his whole heart. He never knew a stranger and was a natural salesman, spending many years selling both new homes and cars. Jerry honorably served in the US Army from 1958 – 1960. His family operated a farm that was north of Slinger, WI and he was a 1954 graduate of Slinger High School.

Born on Aug. 13, 1936 in the Town of Trenton, Wisconsin, he was a son of the late Arthur Renk and Louise Kluever Renk.

Jerry was also preceded in death by his sister Kathleen Renk Kircher and nephew Randy Kircher.

A Celebration of Life will be held Summer of 2022. In lieu of flowers, the family requests donations be made to Coates Ministries Inc. Box 26 West Bend, Iowa, 50597 or American Parkinson Disease Assoc. 135 Parkinson Ave., Staten Island, NY 10305.
Published by The Gazette from Nov. 21 to Nov. 22, 2021.
To plant trees in memory, please visit the Sympathy Store.
MEMORIAL EVENTS
To offer your sympathy during this difficult time, you can now have memorial trees planted in a National Forest in memory of your loved one.
MAKE A DONATION
MEMORIES & CONDOLENCES
1 Entry
We miss you so much Dad but we are so grateful that you are in heaven free from pain and suffering. Love you
Pam Brascho
November 22, 2021
Showing 1 - 1 of 1 results