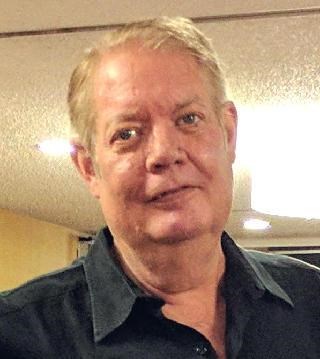 FUNERAL HOME
Shrine of Remembrance
1730 East Fountain Blvd.
Colorado Springs, CO
Swearengin
William L. "Bill" Swearengin
January 25, 1956 - September 9, 2017
William L. "Bill" Swearengin, 61, passed away unexpectedly September 9, 2017 in Colorado Springs.
He was born January 25, 1956 in Fort Knox, Kentucky to Wm. Murray and Elma L. Swearengin. The family moved to Colorado Springs when Bill was 1 year old and he always considered himself to be a Colorado native. After graduating from Wasson High in 1974 he briefly moved to Texarkana, Texas before returning to Colorado Springs where he lived until moving to Puerto Vallarta, Mexico. He lived in Puerto Vallarta for twenty years until returning to the Springs in 2010 to help take care of his mother.

He was Emperor 7 of the United Court of the Pikes Peak Empire and Vice President of the Board of Advisors. Bill's family and friends will remember his loyalty, his unique, biting wit and kindness.
He is survived by: Enrique Aguilar of Puerto Vallarta; sister, Nancy L. Swearengin of Monument, Colorado; and many dear friends especially "Sugar" Cuff-Beamer, Tony Willis, and Dwayne Thompson, all of Colorado Springs.
Visitation 1:00 - 2:00 p.m. Saturday, September 16, 2017 with a funeral service to follow at 2:00 p.m. at the Shrine of Remembrance "America the Beautiful" Chapel. Private inurnment will be at Shrine of Remembrance Mausoleum.
In lieu of flowers the family suggests donations be made to the UCPPE, PO BOX 6925, Colorado Springs, CO 80934 Small Dog Animal Rescue.
Online condolences:
ShrineOfRemembrance.com

Published by The Gazette on Sep. 13, 2017.
To plant trees in memory, please visit the Sympathy Store.
MEMORIAL EVENTS
To offer your sympathy during this difficult time, you can now have memorial trees planted in a National Forest in memory of your loved one.
Funeral services provided by:
Shrine of Remembrance
MAKE A DONATION
MEMORIES & CONDOLENCES
3 Entries
Over 35 Years My life has been blessed with your friendship. I'm so thankful we recently had time together. You are greatly loved and missed. Tracy
Paul Headley
September 17, 2017
Tom & Ilene Preble
September 13, 2017
Grief can be so hard, but our special memories help us cope. Remembering you and your loved one today and always.
September 13, 2017
Showing 1 - 3 of 3 results