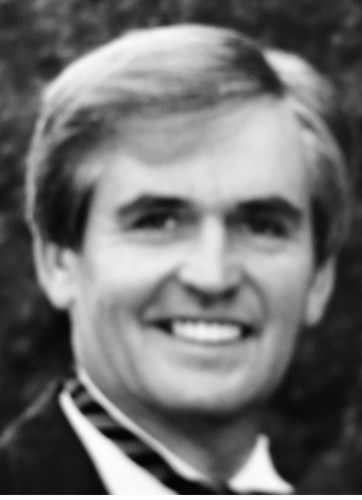 BORN
1936
DIED
2019
ABOUT
Smith Academy
Bernard "Bernie" Joseph Goclowski passed on peacefully at home, in the presence of his family, on June 14 2019. Bernie was born in Northampton, MA November 22 1936 to John and Anna (Dymerski) Goclowski. He grew up in Hatfield MA with his parents, a brother John and sisters Marcia and Barbara. Bernie attended Smith Academy, captaining the basketball, soccer and baseball teams. Before attending UMass Bernie played soccer at Wilbraham Academy. At the University of Massachusetts, Bernie graduated in 1959 with a degree in Electrical Engineering and a ROTC cadet, as well as playing baseball, basketball and captaining the soccer team.

Bernie married his best friend, Lucy Nanartonis, daughter of William and Anna of Amherst MA. Bernie, a retired Captain of the US Air Force, was stationed at Laughlin AFB in Del Rio TX, supporting the 4080 th Strategic Reconnaissance Wing, home of the U2 Dragon Lady. Bernie then embarked on a 30 year career with General Electric Ordinance in Holy Loch Scotland, Groton CT and Pittsfield MA. While stationed in Scotland, Bernie and Lucy enjoyed traveling throughout Europe, experiencing regional culture and food while developing life long friendships.

Retiring from GE in 1991, Bernie embarked on a 14 year hobby, selling cars for Otto, Pete's and Haddad Motors. Not one to sit around, Bernie then enjoyed 9 years supervising various Massachusetts State Parks in Western MA. Bernie most enjoyed spending time with his wife, children and grandchildren; gardening, fishing, skiing, hiking, attending youth sports and being outdoors.

Although family was Bernie's passion, he selflessly contributed to his community in numerous ways including: Youth Baseball, Basketball, Soccer, Tri-State Ski Racing, Holy Family Parish, Pittsfield City Council, Polish Falcons, Indian Scouts, VFW 448, Post 68 and MA Audubon Society. He was an avid music aficionado and provided many regional Polka radio programs with recordings from his vast collection. His most cherished investment in the community was founding and leading the Friends of Wild Acres, a non-profit which carried on the fishing derbies for Berkshire County youth, elderly and disabled at the famed trout pond in Pittsfield when state and local funding was eliminated in the 80s.

Bernie is survived by his loving wife Lucy, two children, BJ and Patty Goclowski of Bethel ME & Tatiana Goclowski of Bethany CT, as well as, 3 grandchildren Camila and Brodie Goclowski & Madison Hanke. At a private family gathering, Bernie was laid to rest at Saint Brigid's Cemetery in Hadley, MA.
Published by Daily Hampshire Gazette on Jul. 1, 2019.
To plant trees in memory, please visit the Sympathy Store.
MEMORIAL EVENTS
To offer your sympathy during this difficult time, you can now have memorial trees planted in a National Forest in memory of your loved one.
MAKE A DONATION
MEMORIES & CONDOLENCES
11 Entries
So sorry to hear about the loss of Mr Bernie. He (and Ms Lucy) where so nice when I first met them in Joliet around '89 or '90 and then again later when BJ and I spent a few days at his parents' house in Mass years later. Mr Bernie seemed to enjoy taking me around to different food joints, showing me all the good food in the area. So welcoming and friendly.
You guys are in my prayers.
Gerry Sabo
Gerard Sabo
Friend
July 15, 2019
Thoughts and heartfelt prayers to the Goclowski family. Have many great memories of our time at SA.
Joseph Godzina
July 3, 2019
Thoughts and prayers go out to Bernie's family....especially, to his sister, Barbara Wooodard...
Cynthia Goller
July 3, 2019
As you remember your love one, as God heals your broken hearts (Psalm 147:3), may your cherished memories bring you peace, comfort, and strength to endure.

With Heartfelt Sympathy,
Liz
July 2, 2019
Paula J Lizek
July 2, 2019
So sorry about your Dad Tatiana you are in my prayers
Marie Bond
June 29, 2019
May God bless you and your family in this time of sorrow.
A. H.
June 29, 2019
I had the honor and pleasure to work with Bernie during his tenure on the City Council. He was a true gentleman who always put the City of Pittsfield first during very difficult times. His calm, rational, and compassionate service to Pittsfield should inspire others to serve as he did - with honor and distinction.

My sincere condolences to his family on the loss of this great guy.
David Spiewak
June 29, 2019
Goclowdki Family,
May fond memories always bring you joy as you remember Bernie.
Matthew Pictrowski
June 28, 2019
Lucy, Tatiana & BJ,

Extremely sadden of hearing of Bernie's passing. What an OUTSTANDING human being. He was a selfless individual who made sure everyone was doing well and taken care of. I still remember the time BJ, that Bernie had an open tryout in Australia for
a baseball league for you & I. He knew so many people and enjoyed helping people. Our loss on Earth but GOD has gotten a FIRST CLASS MAN!!
Michelle, Kylie, Tyler & Kevin Welch
June 28, 2019
I never saw Bernie without a smile on his face. We enjoyed his company at all our childrens ski races throughout their school years. We both worked for GE and I always looked forward to sharing a Polish moment with him. I will always remember him.
My thoughts are with you at this sad time.
ROBERT GWOZDZ
June 27, 2019
Showing 1 - 11 of 11 results