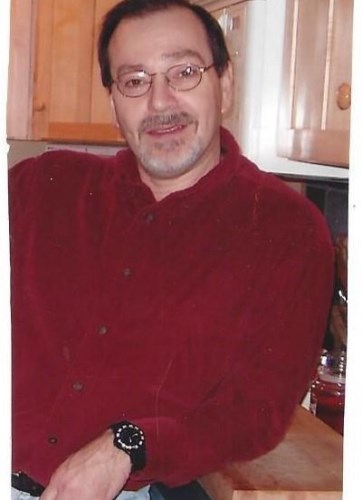 Cliff was born on May 28, 1955 in Northampton the son of Frederick J. Benoit and the late Jessie G. (Matweski) Benoit. He was raised in Hatfield and was educated there and he graduated from Smith Academy with the class of 1974.

Cliff was also a member of the American Red Cross, Westfield Chapter and a volunteer for the Hurricane Wilma Outreach Program. He was also an avid and competitive softball player, playing for many teams in the local area, as well as being a dedicated body builder.

Cliff is survived by his son, Clifford J. Benoit and his wife Jennifer Pula Benoit, and his daughter, Jennifer (Benoit) Mott and her husband Christopher Mott. His four cherished grandchildren; Danielle Benoit, Gabby Benoit, Connor Mott and Reagan Mott, his father ; Frederick J. Benoit Sr, of the Holyoke Soldiers Home, his brothers; Douglas Vishaway of Florence, Frederick J. Benoit Jr, of Florence, John Benoit and his wife Sandra Benoit of Easthampton, sisters; Kathleen Tefft of Hatfield, Janet Zehelski and husband James Zehelski of Hatfield, Peggy Benoit of Vermont. He also leaves his former wife and mother of his children; Patty (Barlow) Herzog and many nieces, nephews and cousins. Cliff was predeceased by his loving mother ; Jessie G. Benoit and brother ; Joseph Vishaway. Services for Cliff will all be private. The GRAHAM FUNERAL HOME & CREMATION SERVICES, 18 Adams Street in Easthampton, has honorably and proudly been entrusted with his services. Please visit,for online condolences at

rwgrahamfuneralhome.com. In lieu of flowers his family like donations made to the Linda Manor Extended Care Facility, C/O Patients Activity Fund, 349 Haydenville Road, Leeds, MA. 01053
Published by Daily Hampshire Gazette on Apr. 24, 2020.
To plant trees in memory, please visit the Sympathy Store.
MEMORIAL EVENTS
To offer your sympathy during this difficult time, you can now have memorial trees planted in a National Forest in memory of your loved one.
Funeral services provided by:
Graham Funeral Home
MAKE A DONATION
MEMORIES & CONDOLENCES
8 Entries
Jenn,Chris, Connor and Reagan,
So sorry for your loss. Sending lots of love! Wish I could hug you all!!XOXO!May your memories of him bring you peace.
Jenny Raymond
April 30, 2020
DeeDee
Deenamarie Robbins
April 27, 2020
Sorry for your lost. Thoughts and Prayers go out to the entire Benoit family and friends. May he rest in peace.
Sue Vishaway
April 26, 2020
r.i.p. my friend enjoyed playing softball for yrs with ya
joe yeskie
April 25, 2020
I am so sorry to hear this news. Mr. Benoit was a big part of my early childhood. I have many memories of him.
You will never be forgotten.
Mike Aultman
April 25, 2020
So sad to find out of Cliff's passing, many wonderful memories from school, I am sending the family my deepest sympathies.
April 24, 2020
My most sincere condolences to the Benoit family. Such a young man and always took pride in his physical achievement.
I remember with a chuckle when working with Cliff at the Northampton State Hospital .. Whenever there was a fight ready to erupt, Cliff took his glasses off.. a trademark those remembering Cliff. Cliff always quick witted , a sly grin.. good guy. Again my deepest sympathies to all family... You'll be fondly remembered Cliff..
Patrick Ott
April 24, 2020
My deepest sympathy to Cliff's family and loved ones. May he Rest in Peace.
Judith Johnson
April 24, 2020
Showing 1 - 8 of 8 results