Born April 14, 1947, in Brockton, David was the son of Tisdale and Ruth (Cruikshank) Harlow. He lived in Easton where he was active in 4-H, showing his livestock in area county fairs. He attended National 4-H Conference in Washington, DC where he met the love of his life, Jeanne. He attended Burdett College in Boston, and graduated in 1969 from Barrington College in Rhode Island with a bachelors degree in Business. He moved to Amherst that year where he taught and was head of the High School Business Department for 27 years. He and Jeanne were married in 1972.

Retiring as a teacher in 1997, he joined Jeanne as her bookkeeper at Harlow Properties until he company was sold in 2003. Dave went on to obtain his CDL license and drove a school bus for Hadley for three years. In 2007, he and Jeanne set off for Glacier National Park where he had the privilege of driving a tour bus for 6 months and becoming one of the honored few "Red Jammer" bus drivers.

While he enjoyed gardening, camping, woodworking and attending craft shows, he will always be fondly remembered by hundreds of Amherst High School students as "Mr. H."

He leaves his wife of nearly 45 years, Jeanne; his three sons and their wives, Jason and Melissa Harlow of Palatine, Illinois, Christopher and Laura Harlow of Westfield, Luke and Erin Harlow of Jacksonville, Florida; and his four grandchildren.

To sign a Guest Book, express condolences, share memories and read other obituaries, go to legacy.com/obituaries/gazettenet.
Published by Daily Hampshire Gazette on Dec. 28, 2016.
To plant trees in memory, please visit the Sympathy Store.
MEMORIAL EVENTS
To offer your sympathy during this difficult time, you can now have memorial trees planted in a National Forest in memory of your loved one.
Funeral services provided by:
Williamsburg Funeral Home
MAKE A DONATION
Please consider a donation as requested by the family.
MEMORIES & CONDOLENCES
6 Entries
Mr. Harlow,

I met you several times as a teenager coming over to your house on Pratt Corner Road. I became friends with your older two sons Jason and Chris. You and Jeanne raised 3 fine young men. I hope they carry on your legacy as an involved member of their communities, a rockin' father and loving husband. Rest easy and visit often...
Marcy Mooney
January 5, 2017
Mr. Harlow: I don't know where to begin. Thank you for being my teacher, for guiding me into the business profession, for your support. As I get ready to take on the highest position I have ever held next year, reaching the pinnacle of the success I always wanted, thank you. Without you I would not be who I am. To Jeanne and his children, I am very sorry for your loss. Mr. Harlow was a rare human being, he definitely found his calling as a teacher since he was the best. I wish I could make it to the memorial service. If I am not there physically, I will definitely be there in prayer and spirit.
Kaitlin Washburn
December 29, 2016
Mr Harlow was one of my favorite teachers and then years later he and Mrs Harlow managed my parents rental properties. My thoughts and condolences to the entire family.
Cindy "Kelly" mcCarthy
December 29, 2016
I had the pleasure of having Dave and Jeanne in school, as well as my first job working on their farm. He had a great impact on my life and he will be missed
Robert Thrasher
December 29, 2016 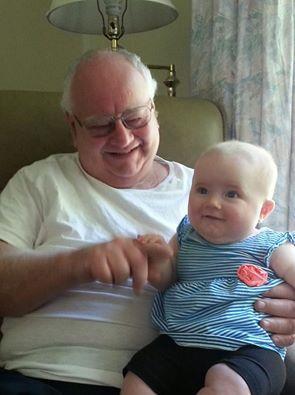 Missing you terribly, Dad....
Christopher Harlow
December 28, 2016
Truly sorry to see that Dave has left us. Not only was he one of my favorite teachers, I also babysat for Jason and Christopher, so I knew Dave and Jeanne away from school. Gone way too soon ... heartfelt sympathy for Jeanne and the boys.
Lisa Ann Maynard
December 28, 2016
Showing 1 - 6 of 6 results