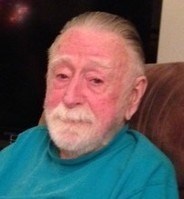 Northampton, MA — Long time Northampton resident Dr. David R. Jackson died Monday, June 14. He would have been 89 in September. A physician by vocation, Dr. Jackson was a talented vascular and general surgeon and civic leader in Northampton for over 50 years. He was a caring husband, father, grandfather, son, and brother, as well as a role model for many inside and outside his family and community.

Dr. Jackson was born in Pawtucket, Rhode Island, to John F. and Bessie F. (Harrington) Jackson, the youngest of three children. His youth was split between Pawtucket and Brockton, Massachusetts. Dr. Jackson knew from an early age that he wanted to become a doctor. He applied to one college, Harvard, and was offered admission. With tuition well beyond the means of his family, Dr. Jackson got through on loans, scholarship and side jobs and at the end of four years was accepted to Boston University School of Medicine. After completing his chief residency at Boston Memorial Hospitals and Providence Veterans Hospital, Dr. Jackson and his wife relocated to Northampton, where he was excited to introduce the new field of vascular surgery at Cooley Dickinson Hospital. His early years of practice were marked by a number of significant events, including a successful collaboration with Children's Hospital in Boston using hyperbaric oxygenation treatment against gas gangrene to save the life of a young appendectomy patient. It was the first time such treatment had ever been performed in the United States. He was also on call at the Cooley Dickinson Emergency Room the night of Senator Edward Kennedy's plane crash in June 1964.

In those days, vascular surgery, like so much of the medicine we take for granted today, was in its infancy, and Dr. Jackson relished his role as a pioneer in the field. He genuinely loved every aspect of his professional life: the relationship he had with his partners, as they built up their practice as Associates in Surgery; the challenge of the work itself; and the human relations he had with his patients, nurses and other colleagues.

Dr. Jackson was also interested in music from an early age. While in medical school, he made extra money singing and playing his guitar at Boston coffee houses. His smooth crooner voice brought him success, and on occasion he would join with other performers, including a young Joan Baez. Tom Colton's Channel 22 TV show, Western Massachusetts Highlights, dubbed him "The Singing Surgeon". He loved singing and continued to dabble in music right down to the sing-alongs at Linda Manor that he was genuinely able to enjoy in the last few weeks of his life.

Dr. Jackson was very active in the community as a civic leader. He was a member of the Northampton Chamber of Commerce for many years, serving as president more than once. He was an originator of the Northampton Farmer's Market in 1971. He designed the city's US Bicentennial medal in 1976 and was thrilled to be Chair of Development and Burial of Northampton's 100-Year Time Capsule in Pulaski Park in July 1978 (to be opened July 4, 2076!). He was delighted to be King Winter alongside his "Queen" Shirley LaRose at the Northampton Winter Festival in 1985. Together they presided over the first Silver Chord Bowl. He enjoyed being a judge in the city's Holiday Lighting Contest for Homes and Streets. Among numerous mayoral appointments, he was named chairman of the Capital Improvements Committee and was a member of the Parking Commission to Research and Build what is today the E.J. Gare parking garage. He was chair and member of the Calvin Coolidge Commemorative Society, responsible for creating the Calvin Coolidge statue near the Hotel Northampton, the "I Do Not Choose to Run" road race, and the Calvin Coolidge Distinguished Citizen of the Year Award. He was an active member of the Red Cross and received both the Clara Barton Honor Award for Meritorious Volunteer Leadership and a Special Citation for Exceptional Volunteer Service.

Dr. Jackson was a prolific writer, authoring a significant number of professional articles. He also wrote short stories and science fiction, particularly in his later years.

Despite his many interests, busy career, and many time pressures, Dr. Jackson was a constant presence at his son's athletic events. He was proud of any and all of his children's and grandchildren's achievements, however small, and made sure they knew it. He was always there for a friend who needed medical advice or medical attention. He mentored younger physicians throughout his career, and played a role at the Cooley Dickinson School of Nursing from his arrival in Northampton until the school's closing in 1975. His influence on Northampton was both broad and deep.

Dr. Jackson was predeceased by his wife of 57 years, Patricia, in 2018, and his sister Jeanne Crowell in 1963. He is survived by his daughter Sarah, son Randy, son-in-law Dario Meroni, grandsons Neville Meroni, Emery Meroni, and Xavier Jackson, brother John F. Jackson, Jr., nieces, nephews, great-nieces and great-nephews, and innumerable friends, former colleagues, and former patients who remember him fondly and with much appreciation.

Calling hours will be Friday, June 25 from 5-7 pm at Czelusniak Funeral Home, and Saturday, June 26, from 9-10am. There will be a memorial ceremony at 10, to be followed by a procession to Spring Grove Cemetery. Wearing masks and practicing social distancing will be required for all guests. For online condolences, please visit Czelusniakfuneralhome.com.

In lieu of flowers, mourners are requested to make a contribution to the Boston University School of Medicine at www.bu.edu/give2busm in Dr. Jackson's name.

Dr. Jackson relieved a tremendous amount of suffering in his life and in his life's work, and we are grateful that his own suffering, which was no small matter, is at an end. But he is greatly loved and will be sorely missed.