She was born June 13, 1938, in Springfield, Massachusetts, the daughter of the late Emmanuel P. and Doris M. LeBeau, and was raised in Easthampton, Massachusetts, where she attended public schools and graduated from Easthampton High School with the class of 1956. She went on to further her education at West Virginia Weslyan University and received her master's degree from Michigan State University.

She lived and taught in several locations before settling in Watertown, Connecticut, where she was an educator and coach of boy's and girl's sports teams at Newtown High School, Connecticut, for 35 years until her retirement. In 1979 she was named both women's swimming and track and field "Coach of the Year" for the state of Connecticut.

She also worked tirelessly to make schools safe for students; work of which she was very proud. Along with many other activists in Connecticut they successfully lobbied to have anti-discrimination laws put on the books in 1997. Recognizing these efforts, Out Magazine named Deann one of the "Out 100 of 1997 - 1998, the 100 most interesting and influential gay men and lesbians in America".

An avid sports fan, she was a lifelong Red Sox fan, but most notably a University of Connecticut Huskies Women's Basketball fan. Go Huskies! She and Susan would travel around the country to see their teams or to attend Final Four games right through another national championship last season.

Deann is survived by her partner of 25 years, Susan Mayne also of Spring Hill, and Bernard, Maine; two brothers, Donald and his husband Willem of Amsterdam, The Netherlands, and Richard of Easthampton, Massachusetts; and three sisters, Barbara of Sandwich, Massachusetts, Janet LeBeau Hill and her husband Rob of Westport, Massachusetts, and Cynthia LeBeau Garrison and her husband Arthur of South Hadley, Massachusetts. She also leaves four nephews, a great-nephew and a great-niece, all of whom she loved dearly. She leaves cousins and many friends across the country who will miss her very much.

Arrangements are being handled by The Neptune Society of Palm Harbor. Memorial services are being planned for the spring. Burial will be at the convenience of the family.

Donations in her name may be made to the American Diabetes Foundation at www.diabetes.org or to the Easthampton Dollars for Scholars, P.O. Box 494, Easthampton, MA 01027.

To sign a Guest Book, express condolences, share memories and read other obituaries, go to www.gazettenet.com/obituaries.
Published by Daily Hampshire Gazette on Dec. 16, 2015.
To plant trees in memory, please visit the Sympathy Store.
MEMORIAL EVENTS
May
7
Memorial service
2:00p.m. - 5:00p.m.
The Sea Coast Mission
Bar Harbor, ME
Funeral services provided by:
Neptune Society - Palm Harbor (Tampa)
MAKE A DONATION
MEMORIES & CONDOLENCES
29 Entries
It is nearly 11 pm on Christmas Eve, I am listening to Christmas Music on PBS and reading through all the very nice entries on this site...for our dear Deann...it is so sad but comforting to read them and know that she was appreciated by so many people. I am so sad that she is gone but so proud of her and proud to have known her. My heart goes out to you Susan.
Bobbie Lynn Hutchins
December 24, 2015
Cindy, So sorry for your family's loss....
Kay
December 23, 2015
Miss LeBeau was my track and field coach in the 70s. She was ahead of her time in encouraging girls to play sports, and in understanding how they could build our sense of ourselves as strong and spirited. She coached us to beat powerhouse Staples, and she coached me to state records I had no idea I could achieve until she told me I could. She remains close to my heart. We reconnected last fall after many years, and I am so grateful that we did. I will miss her presence so much.
Diane Lawrence
December 23, 2015
I was a elementary and high school classmate of Deann. I was also a one time neighbor. I have many fond memories especially our senior Washington trip. We went our separate ways, but was fortunate to see her again at one of our Homecoming reunions. Typical of her she never filled us in on all her accomplishments. It's wonderful to hear how much she was loved and the impact she had on so many lives. What better legacy can one leave. Rest in peace, Deann. Lil Dembek
December 21, 2015
Ms. LeBeau was a great swim coach. I have a lot of fond memories from my high school swimming days. It makes me smile thinking of the times I made her laugh. She was one tough nut to crack. She'll be missed.
Cindy Lynch (Lampman)
December 21, 2015
as Herve;s wife i got to know you and enjoyed your christmas letters you are missed by family and friends
virginia Lebeau
December 21, 2015
Rest in peace, Dee. You touched more lives than you'll ever know. I will miss you.
Laurie Gemmell
December 21, 2015
Remember "Bobo" fondly from our high school days. I pray she rests in peace.
Emelie & Andy Plourde
December 21, 2015
Prayers of peace & comfort...Ms. Lebeau paved the way for many throughout the years. Thank you for your hard work and dedication.
Ruth Ann O'Connell-Allen...Class of 1982
December 20, 2015 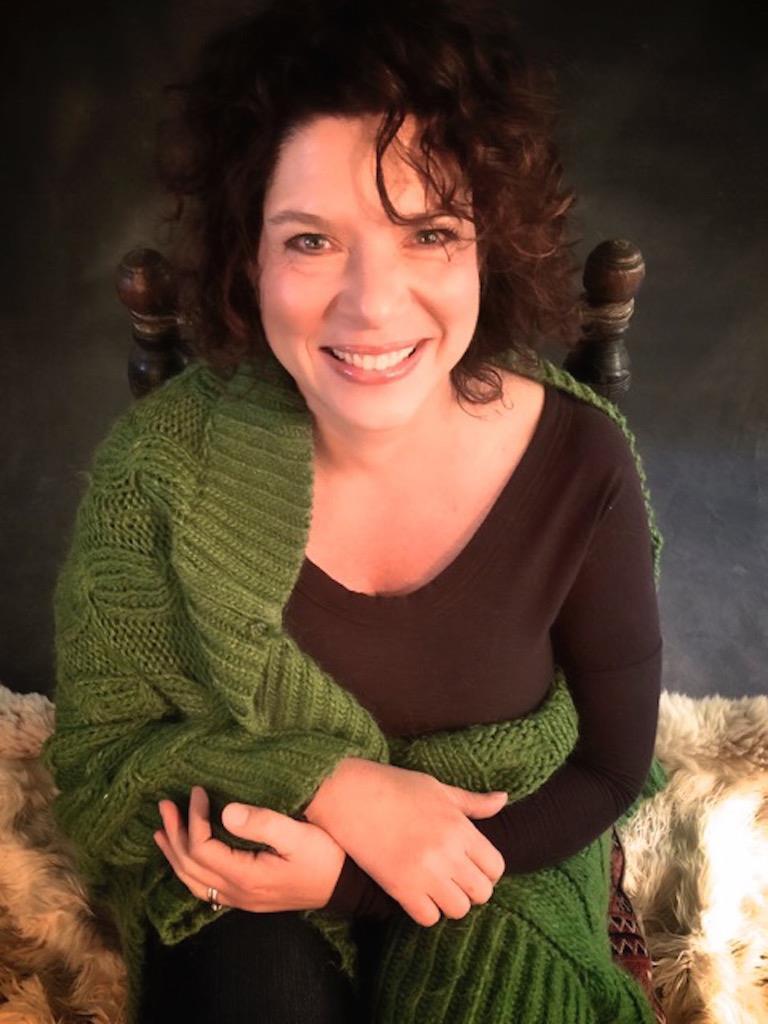 Godspeed Ms. LeBeau! I was a gawky, shy, high school student at Newtown and you were fierce in your protection of me. I will never forget that.

To all who knew and loved her, peace.
Karen Anderson (Lindsay)
December 20, 2015
An awesome PE teacher she was. May you be at peace
amy morgan
December 20, 2015
During a Newtown Alumni Fund teleconference a couple years ago, Miss LeBeau (who insisted we call her Deann) joined the call. She was my track coach and never gave up on me. She even saved my life once. During gym class I landed flat on my back off the high dive. I was temporarily paralyzed and couldn't swim to surface. She dove in to get me. By the time the school nurse got to the NHS pool, I had regained feeling. It was so good to hear her voice on that conference call and in retrospect, she loved Newtown as we do. She was an incredible woman and will so sorely be missed I am certain by Susan and her family. Thank you Deann.
Linda (Sternchak) Duffy
December 20, 2015
I have fond memories of Ms LeBeau from Newtown High School.My sincerest condolences to Susan and her family.
Nancy Babs Slocum Bunch
December 20, 2015
Beating Staples track team back in 1972...EPIC and coach made it special for us all. A great teacher and mentor...memories are sweet! RIP
Melissa Wheeler
December 20, 2015 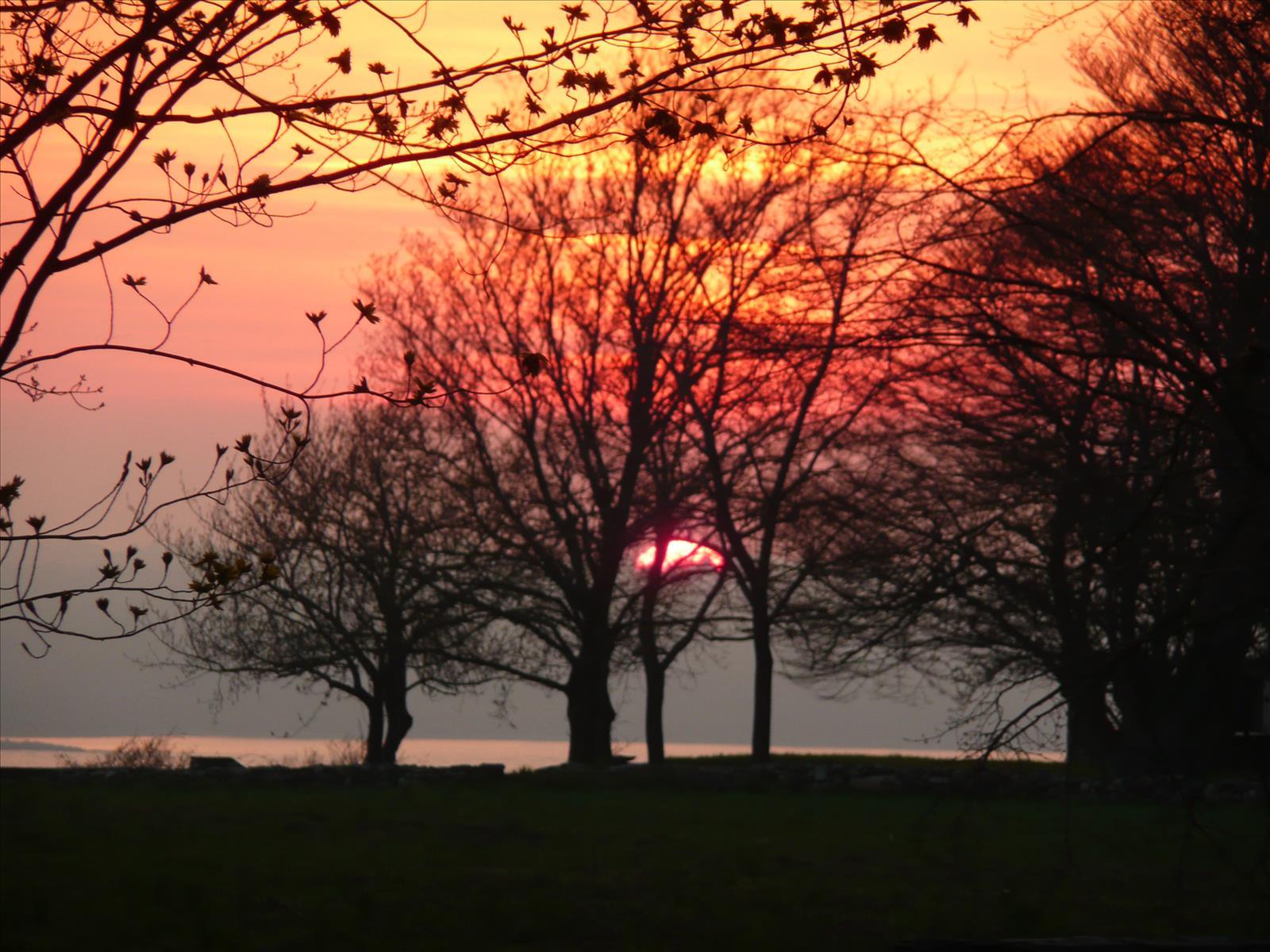 A photo to warm your hearts in memory of Deann...
Deborah LeLevier
December 20, 2015
Rest in peace Coach LeBeau. Many fond memories of you leading the Newtown Trackies.
Jill Orrison
December 20, 2015 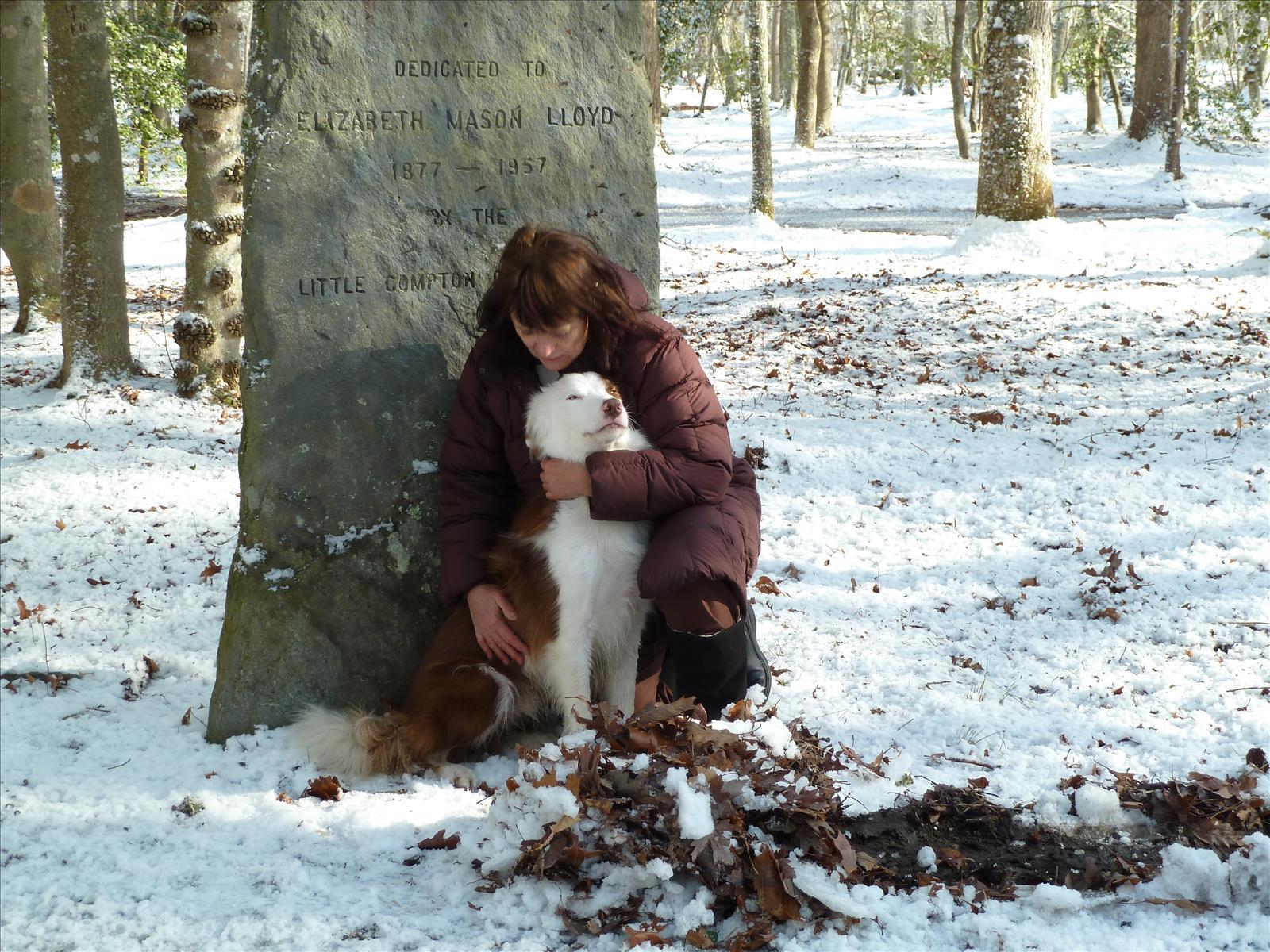 Dear Susan, Don, Barbsie, Janet, CeCe & Rick~
My deepest condolences at the loss of sister Deann.
I never met her but have learned a lot about her recently. She sounded like a great person. I am glad her passing was quick and as peaceful as possible. I am a dear friend of CeCe's (we met at NSFG) and knew and loved Doris very much. Also know Rick and Barbsie and most recently Janet. Thinking of you all & sending warm regards, love and puppy kisses~ Deb Bodnar LeLevier & Hawk the Magnificent!
Deborah Bodnar LeLevier
December 20, 2015
I will always remember your warm greeting hugs, humor, and our last OOMDI drumming and songfest, in which you and Susan contributed many fun campfire songs. Blessings to Susan and all family.
Francine Frank
December 20, 2015
Susan, I remember a wonderful chat with Deann during the Plucky Ducky that included mention of your place in Maine. I recognized her picture right off and was sad that she has moved on. Ann and I send our deepest condolences for your loss of a truly interesting and dynamic partner.
Joan Howlett
December 20, 2015
Mary Polson
December 20, 2015
RIP Deann, you will always be remembered and admired for your work ethic and leadership. We were lucky to have you coach our NHS girls track team
Margaret Oliger
December 20, 2015 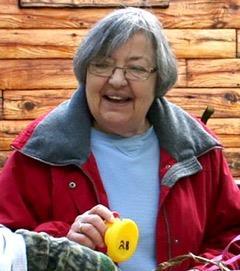 As we watch the tributes come in for Deann, we can't help but be struck by the many unique and varied chapters in her life. She was an educator, coach, mentor, activist, avid basketball fan, contractor, and was a founding member of one of the first organizations that stood up for LGBT students. That organization, edFLAG, became one of the first chapters of GLSEN. The more we read, the more we learn about how dedicated and honorable this woman was.

Lea met Deann during her college days and has remained a dear friend through all the years. I've only know Deann & Susan these past 25 years. Every one of those years has been filled with admiration and love for you both. We will treasure our memories of all the many times we spent together and all the laughing Those times together will be with us forever.

Susan, you are in our thoughts. Please know how much you are loved and how deeply your loss is felt by all.

Sending healing prayers and comforting hugs. We are so sorry for your loss. Deann's passing is a loss for so many.
Shari & Lea
December 20, 2015
Susan and Family, thinking of you and sending love. What a treasure she was...
Deb Kingston
December 20, 2015

"D" was my counselor at summer camp in Maine in the mid-1960s when I was 14. She was a kind and popular member of the staff. When I moved to Northampton, MA, in the 1980s, I somehow recalled that she was from neighboring Easthampton and we reconnected briefly by telephone. We talked about getting together during one of her visits back home, but--as is often the case with such things--it never happened. This week I spotted her obituary in the local newspaper. I was sad that we had never organized that reunion but was glad to see that she seems to have had a happy, fulfilling and successful life, although not long enough. I remember her with fondness and send condolences to those who loved her.
Sally Rubenstone
December 20, 2015
My Thoughts and Prayers go out to you Miss LeBeau,Susan and the Rest of your Family during this difficult time. You were one of the Best Gym Teachers' at NHS. I am glad we econnected on Facebook after all these years. Thanks for being a Friend later in my life other than being a former Teacher.
Michelle Foley
December 20, 2015
Dear Donnie, Janet, Barbie, Cynthia and Ricky, my sincere condolences on Deann's death. I have lots of good memories of Deann and all of you. My deepest sympathy Pat (Sniado) Wardzala
December 19, 2015
Miss Lebeau was so nice to me when I was at Newtown High School and swam on the swimming team. I had a mess of a life at home was living in a foster home and she surprised me by buying me a swim team jacket. I will never forget that day... ever. Rest in Peace sweet angel.
Pamela Steel
December 19, 2015
When the Angels lifted Deann up, she became the brightest star in the sky. Remember that every time you look up at the night sky Susan,Don,Barbara,Janet,Cynthia, Rick.
Judy O'Donnell-Brown
December 18, 2015
Farewell Coach Lebeau. You were a great teacher and humanitarian. Glad to have had you in my life many years ago.
Kathyn Dorman
December 17, 2015
Showing 1 - 29 of 29 results