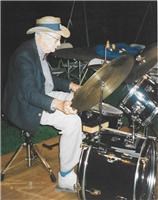 He was born March 29, 1915, in Syracuse, New York, to Harry Allan Abbe and Elsie Mayhew Peck. After the death of his father in 1919 he and his brother Bill moved to Hampton, Virginia, to live with his maternal grandparents. Ed was sent to The Rectory School in Connecticut, in 1929 and graduated from Kent School in 1934. He received his bachelor's from Yale University in 1938 with a degree in electrical engineering.

He was hired by General Electric before graduation but did not start working until 1939 because of the recession. He had aspired to rise to management level in General Electric but when told he needed to play golf to make it in management, he decided that creating things as an application engineer was more to his liking. He worked for General Electric for 36 years in the industrial control division first in Schenectady, New York, than in Roanoke, Virginia. He received many patents for his designs, retiring at the age of 62 and continued doing consulting work for several more years.

Ed met his wife Gladys Howard in 1938 on the Queen Mary after graduating from Yale. Gladys was going to England to take a summer program at the Royal Academy of Music. They were seated together in the dining room for the whole trip and hit it off. They did manage to meet up for a few days before he returned to the U.S. However, they were not able to actually meet again until almost seven years later, just sending Christmas cards every year. Finally in 1945, Gladys came for a visit and they quickly decided that they wanted to get married. Much to family and friends surprise, they married July 22, 1945, barely five months after their seven year annual correspondence. Daughter Carolyn was born in 1946 and son David was adopted in 1950. Aside from raising a family, they were active members of the communities in Schenectady, Galway, Roanoke, and Oak Bluffs. Together they established group homes for alcoholics, non-profit organizations that gave funds and distributed household items for the disadvantaged. They also served on various boards and charitable groups over the years. Gladys died in 2004 but they enjoyed 59 years of marriage just missing the 60 year mark.

Throughout his life Ed had a love of sailboats, cars and trains. He remembered every car he ever owned lovingly recalling their features and faults retaining all his sales receipts for the vehicles. He also had sailboats from a young age and spent all his summers on Martha's Vineyard, a family tradition since the 1880's. The Vineyard loomed large in his life with sailing, swimming and body surfing on the south shore. He only gave up body surfing at around 87. In 1992 Ed and Gladys moved to the 1933 family cottage in Oak Bluffs. There he restored the gardens and gladly drove visitors around the island regaling them with stories of his youth and the history of the Vineyard. His love of trains also started from a young age with large model trains set ups featured in most of his homes until the 1980's. His love of trains was such that he would go down to the tracks in Schenectady to watch the Century Limited speed by even as an adult.

Music was also a big part of his life and he had a large collection of music starting with big band music from the 30's as well as his special love of organ music, an instrument he valiantly tried to master. But he did play the drums with energy and humor, along with Gladys on the piano, performed at senior centers, schools and hospitals for over 30 years. After Gladys died he still played the drums when ever given a chance. Ed and Gladys also enjoyed traveling together taking over 45 cruises and crossing the continent several times in their motor home. Including one memorable trip to Disney World with their three young grandsons.

Ed was a devoted husband, kind and generous father, grandfather and great-grandfather. He was a true gentlemen with a sense of humor not afraid to be silly enjoying donning his crazy hats or dancing to tiptoe through the tulips. He took each of his grandchildren on trips they will always remember and took great joy and pride in the growing number of great-grandchildren. After Gladys died, Ed decided to organize the family papers dating back to the mid 1800's. With the help of Lisa Lipshires, he wrote three books, one family and personal history, one about Gladys and one about his grandfather. The family papers were donated to the University of Massachusetts library archives.

He was predeceased by his wife Gladys and his brother William. He is survived by his daughter Carolyn and husband Joseph Smith of Easthampton; his son David and wife Cynthia of Tampa, Florida; grandchildren Dakkan Abbe, Jedediah Smith, Nicholas Smith, Britta Newell, Nathan Abbe and their spouses; and six great-grandchildren.

The family would like to thank all the staff at the Lathrop Community in Easthampton for making his life there rich and fulfilling and in the last few years for taking loving care of him. We would especially like to thank his pal and aide Sarah for her devoted care as well as all his wonderful caregivers at Lathrop.

Funeral services will be held Sunday, April 19, at 2 p.m. at St. Phillips Episcopal Church, Easthampton, and a memorial party on the Vineyard, this summer.

In lieu of flowers, gifts can be made to the charity of ones choice.

To sign a Guest Book, express condolences, share memories and read other obituaries, go to www.gazettenet.com/obituaries.
Published by Daily Hampshire Gazette on Apr. 18, 2015.
To plant trees in memory, please visit the Sympathy Store.
MEMORIAL EVENTS
To offer your sympathy during this difficult time, you can now have memorial trees planted in a National Forest in memory of your loved one.
Funeral services provided by:
Mitchell Funeral Home
MAKE A DONATION
MEMORIES & CONDOLENCES
11 Entries
I think of Ed Abbe often and miss his fun-loving sense of humor, his kindness, and his childlike (but not childish) curiosity and interest in the world around him. It is especially meaningful to remember Ed at Easter, a time of renewal and rebirth. Though I only knew Ed in his 90s, I will always remember him as someone who was as eager, zestful, and engaged with life as a youth.
Lisa Lipshires
Friend
April 12, 2020
With deepest sympathy may you fine comfort and peace knowing that our Heavenly Father cares for you in your time of grief. John 14:1 Do not let your heart be trouble,have faith in God.
May 15, 2015
Ed and I corresponded on the Booth family genealogy. He helped me identify pictures from the late 1800's. I never met Ed but my mother encouraged me to get in touch with him. I am so glad I did. My sympathies to the family.
Marge Martin
April 30, 2015
In the book of Psalms 90:10 it describes those living to eighty as being "especially strong." Mr. Abbe, no doubt, was a man of special strength as he lived to be 100. Truly a feat in these current times. May fond and loving memories warm the hearts of those close to him.
Daniel
April 21, 2015
like a tall tree in the forest that gives its shade to all, so are our love ones, but sometimes life just makes them fall. so r-i-p Ed untill we meet again, in gods new world were life will never end.
Miss Dorothy
April 21, 2015
Great memories of Ed and Gladys playing at the Big House. Ed was a very special person with a brilliant sense of humor. He will be missed by many.
Brian Sherras
April 21, 2015
My deep sympathies to the family. I hope you can find happiness in the hopeful words of John 5:25
Dan
April 20, 2015
So long Ed, from a fellow Yalie. I enjoyed knowing you.
Jack Thomas
John B. Thomas
April 20, 2015
Ed will be greatly missed. He has brought laughter and joy to many of us for the years we have known him. It has been a true honor for me to have been able to develop such a wonderful bond with Ed.

I will always remember the crazy tongue twisters we would try and say, mostly ended up in swear words and us laughing so hard we were crying!
Sarah Paraons
April 19, 2015
Dear Carol
I only met your Dad once. But the obituary brought him to life for me. How blessed to have had your wonderful Dad all these years. hugs Brenda
Brenda Hickson
April 19, 2015 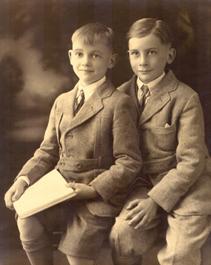 To Ed Abbe's family, please accept my deepest sympathy on the loss of your beloved Ed. He loved life and he loved all of you. It was a privilege working with him on his family history and becoming his friend.
Lisa Lipshires
April 18, 2015
Showing 1 - 11 of 11 results